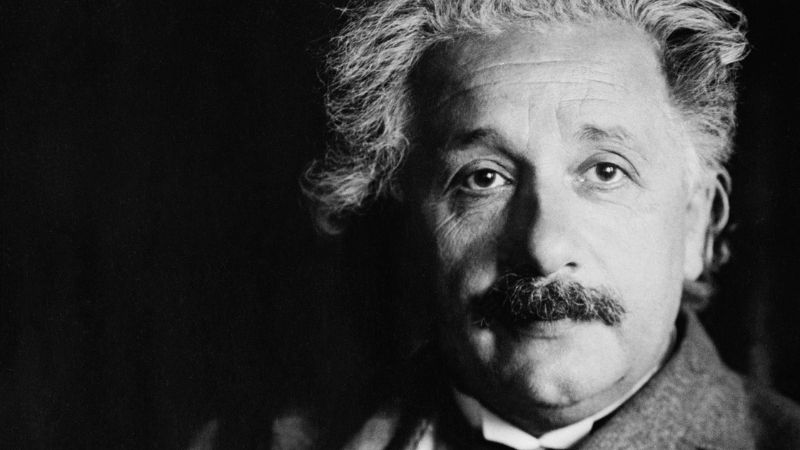 May is Jewish American Heritage Month! This month we reflect on the contributions made by the Jewish people to our country. From providing the world with life-changing scientific solutions to composing some of the best-known songs in the country, Jewish Americans have left an indelible mark on our country’s history.

Learn about a few Jewish Americans who helped shape our country and/or culture on this week’s blog:

Born in Wurttemberg, Germany in 1879 to a German Jewish family, Albert Einstein went on to become one of the world’s most influential scientists. Einstein’s theories went on to alter our understanding of the universe. He is credited for the creation of the Quantum Theory, Einstein’s Theory of Relativity, and the Unified Field Theory. As he became a world-renowned public figure, Einstein became increasingly political and spoke for Zionism and against militarism, which made him unpopular in his home country. Soon after Adolf Hitler became chancellor of Germany, Einstein left the country. He later settled in Princeton, New Jersey where he would remain for the rest of his life. Albert Einstein died at the age of 76 in 1955. (Source: https://www.history.com/this-day-in-history/albert-einstein-born)

Learn more about Albert Einstein with these two videos:

An acclaimed journalist, trailblazing feminist and one of the most passionate leaders of the women’s rights movement in the late 20th and early 21st centuries, Gloria Steinem was born on March 25, 1934, in Toledo, Ohio. While Steinem does not believe in the religious aspect of Judaism, she recognizes it as a part of her heritage. She began her career as a journalist writing under a man’s name but then went on to co-found the first feminist periodical with a national readership Ms. in 1971. Since then, she has gone on to co-found several other women’s rights organizations, publish many books and involve herself with various political campaigns. (Source: https://jwa.org/encyclopedia/article/steinem-gloria)

Irving Berlin, was born Israel Isidore Beilin in Tyumen, Russia on May 11, 1888, and is known as one of the most enduring songwriters in American history, despite not knowing more than the basic principles of music composition. Over his career, Irving Berlin wrote more than 3,000 songs and produced 17 Hollywood film scores and 21 Broadway scores. He is best known for his hit song “White Christmas,” which – until the release of Elton John’s song “Candle in the Wind” 50 years later – was the recognized best-selling music single in any category. Within his life, Berlin went on to co-found the ASCAP (American Society of Composers, Authors and Publishers), found his own music company and donate millions of dollars in royalties to organizations like the Army Emergency Relief, the Boy and Girl Scouts and more. (Source: https://www.newworldencyclopedia.org/entry/Irving_Berlin)

Born in 1926, Jerry Lewis went on to become one of the most popular actors and comedians of his time. He was born to a family of actors and he began his acting career at age 16. At the age of 20, he began working closely with singer Dean Martin and, by the late 1940s, they had both risen to national fame. Lewis went on to star or co-star in hit movies like At War with the Army, The Bellboy, The King of Comedy and more. By the end of his life, Jerry Lewis was a Nobel Peace Prize nominee, a recipient of the United States Department of Defense Medal for Distinguished Public Service and had two stars on the Hollywood Walk of Fame. Throughout his life, Lewis also raised more than $2 billion dollars for his Muscular Dystrophy Association Charity, Jerry’s Kids. He passed away in his Las Vegas home at the age of 91 in 2017. (Source: https://www.jewishvirtuallibrary.org/jerry-lewis)

Learn more about Jerry Lewis’ upbringing and early career on the PBS special When Comedy Goes to School:

Elizabeth Taylor, born on February 27, 1932, was an Academy Award-winning British American actress who converted to Judaism in 1959 following the death of her third husband. Known for her roles in Father of the Bride, Who’s Afraid of Virginia Woolf and Cleopatra, Elizabeth Burton was named seventh on the list of Female Legends created by the American Film Institutes. Throughout her life, Taylor traveled to Israel and helped to raise funds for the Jewish state during the Arab boycott in the 1970s. (Source: https://www.jewishvirtuallibrary.org/elizabeth-taylor)

Jewish painter Mark Rothko was born on September 25, 1903, in Russia (current day Latvia). His work often concentrated on basic emotions and therefore much of his work does not contain any intense colors. Although he was respected by other artists of his time, his work remained relatively obscure until 1960 when he was commissioned to paint a series of murals for the Four Seasons restaurant in New York. In 1967, he contributed fourteen works of art to a church in Houston, Texas now known as “The Rothko Chapel.” He passed away on February 25, 1970, but his work still lives on today in museums scattered across the U.S. (Source: https://www.jewishvirtuallibrary.org/mark-rothko)

Learn more about Mark Rothko’s life and legacy by checking out the videos below:

You can also stream American Master’s “Rothko: Pictures Must Be Miraculous” now with Passport: https://video.thinktv.org/video/rothko-pictures-must-be-miraculous-g9pslc/.

Best known for his comics, Stan Lee was a Jewish American comic book writer, editor and publisher and was the former president and chairman of Marvel Comics. Lee created what fans refer to as the Marvel Universe. Stan Lee and artist Jack Kirby created the Hulk, Iron Man, Captain America and the X-Men. With Steve Ditko, he created Doctor Strange and Marvel’s most-successful superhero, Spiderman. Lee received several awards for his work, including the National Medal of Arts, awarded to him on November 17, 2008. He also founded The Stan Lee Foundation in an effort to promote literacy and diversity in 2010 before his death on November 12, 2018. (Source: https://www.jewishvirtuallibrary.org/stan-lee)

Eliezer “Elie” Wiesel was a Holocaust survivor, award-winning novelist, journalist, human rights activist and Nobel Peace Prize recipient who was born on September 30, 1928, in a Romanian Jewish village. In June of 1944, Wiesel and his family were sent to Auschwitz. His mother and sister perished in the camp while he and his father were sent to a forced labor camp. After being moved to another camp, Wiesel’s father died due to starvation and exhaustion. Wiesel was liberated in 1945 and released his first novel, Night, in 1958, which told the story of the horrors of the Holocaust and depicted his struggle with faith. He then went on to write more novels about Jewish suffering. In 1993, Wiesel spoke at the dedication of the U.S. Holocaust Memorial Museum in Washington, D.C. His words, which echo his life’s work, are carved in stone at the entrance to the museum: “For the dead and the living, we must bear witness.” Elie Wiesel passed away on July 2, 2016. (Source: https://www.jewishvirtuallibrary.org/elie-wiesel)

Learn more about the life and legacy of Elie Wiesel:

Stephen Sondheim was born on March 22, 1930, in New York City. Sondheim went on to win eight Tony awards, an Academy award, eight Grammy awards, a Pulitzer Prize, a Laurence Olivier Award, a Kennedy Center Lifetime Achievement award and was awarded the Presidential Medal of Freedom. Sondheim wrote lyrics and/or music for beloved musicals such as West Side Story, Gypsy, Company, Follies and Into the Woods. His best-known song, “Send in the Clowns,” has become a modern standard and has been covered by acts such as Barbara Streisand and Frank Sinatra. Sondheim passed away at the age of 91 on November 26, 2021. (Source: https://www.jewishvirtuallibrary.org/stephen-sondheim)

Learn more about the life and work of Stephen Sondheim:

When Ruth Bader Ginsburg was sworn in as a Supreme Court Justice, she became the second woman to sit on the court and the first female Jewish justice. She was born on March 15, 1933. In 1970, she co-founded the Women’s Rights Project at the American Civil Liberties Union (ACLU) and argued six gender discrimination cases before the Supreme Court between 1973 and 1976, winning five. Following a vacancy in the Supreme Court in 1993, President Bill Clinton nominated her for the seat. Throughout her career on the Supreme Court bench, Bader-Ginsburg became a pop culture icon due to her carefully-crafted and fiery dissents. On September 18, 2020, Ruth Bader Ginsburg died after a battle with cancer. During a ceremony following the arrival of the casket, Rabbi Lauren Holtzblatt said, “As a lawyer she won equality for women and men, not in one swift victory, but brick by brick case by case.” The dissents Ginsburg made became so famous for they “were not cries of defeat,” Holtzblatt said. “They were blueprints for the future.” (Source: https://www.jewishvirtuallibrary.org/ruth-bader-ginsburg)

Learn more about the life and legacy of Ruth Bader Ginsburg: