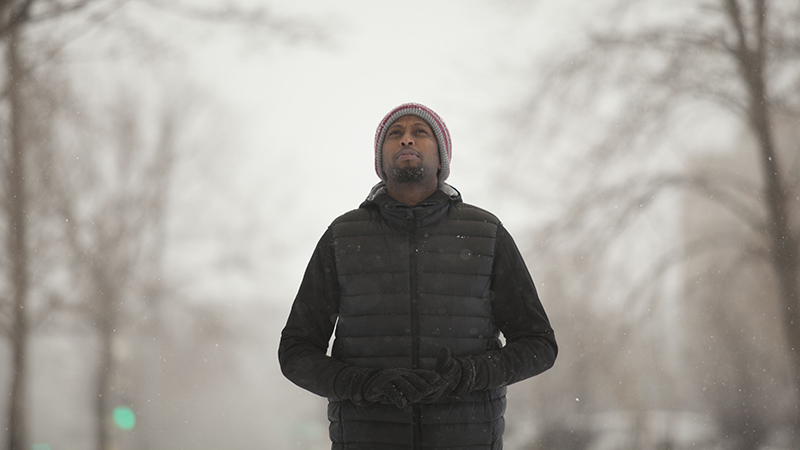 Twenty-five years after Yusuf Abdurahman left Somalia as a refugee to begin his life anew in Minneapolis, Minnesota his worst fear is realized when his 19-year-old-son Zacharia is arrested in an FBI counterterrorism sting.

In Accept the Call, premiering this week on Independent Lens, filmmaker Eunice Lau chronicles Yusuf’s journey over three years as he tries to understand why his son would leave his American life behind to attempt to join the Islamic State (ISIS) in Syria.

It was April 2015 when Zacharia was arrested for planning to leave the U.S. to join ISIS. After a trial in Milwaukee he was sentenced to ten years in jail, leaving his family searching for answers as to how and why he became radicalized. Through interviews with Zacharia’s family, mainly his father Yusuf, his sister Ikraan, and others, including the FBI informant who was involved in the sting, Lau gradually reveals Zacharia’s family and how they come to terms with his arrest.

As the Abdurahmans learn more about each other and settle into their own lives in Minneapolis–the city with the largest population of Somalis in the country, many of whom practice Islam – the film explores racism and prejudice against immigrants on a wider scale, detailing the rise of targeted recruitment by radicalized groups, and the struggles of Muslim youth growing up in the U.S. today.