All Creatures Great and Small Returns for a Second Season 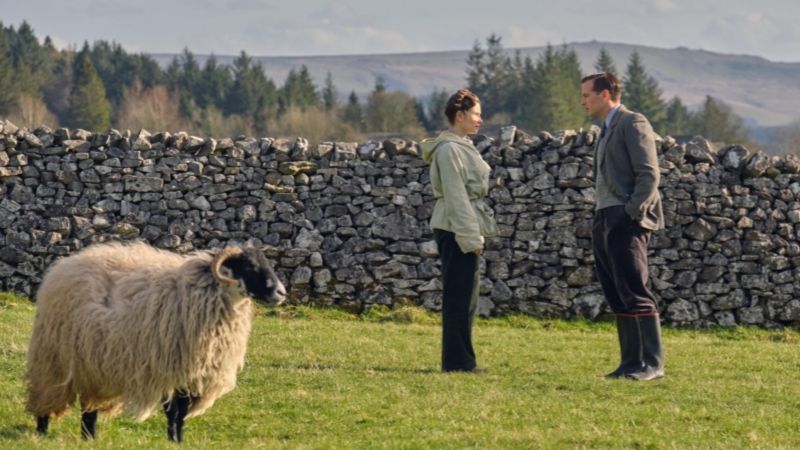 Described as “charming… ravishing (and) transportive” by the New York Times, All Creatures Great and Small returns for a second season on Sunday, January 9. With an acclaimed ensemble cast headed by Nicholas Ralph as James Herriot, the seven new episodes tell heartwarming and humorous stories about a young vet and his surrogate family in the beautiful Yorkshire Dales of the 1930s.

The premiere season of All Creatures Great and Small was one of PBS’s biggest hits of 2021, delighting television viewers who were exhausted by the COVID-19 lockdown and the ongoing political crises. Critics were equally enthralled by the show, with Vogue rhapsodizing “A visit to the fields, farms, and pubs of the faraway English countryside feels … like just what the doctor ordered,” while the New York Magazine proclaimed, “every tiny piece of it is absolutely perfect.”

New episodes will air Sundays at 9pm on CET and ThinkTV16 from January 9 through February 20.

Learn more about the return of the beloved series below by getting answers to some frequently asked questions. WARNING: If you haven’t watched Season 1, stop here. There are spoilers below!

What is the premise of Season 2?

The climax of season one saw Helen call off her impending wedding to wealthy landowner Hugh, after having developed a close friendship with James. After working hard to become accepted by the local farmers and prove himself indispensable, Siegfried made James a senior vet in the Skeldale House veterinary practice.

As season two opens, its spring in 1938, and James’s parents are overjoyed when he’s offered a position at his old mentor’s forward-thinking practice in Glasgow. But when he returns to the Dales, James is reminded of how much he loves the place and the people. Will James decide to stay in the Dales or move closer to his parents in Glasgow?

What about Mrs. Pumphrey?

After the passing of Dame Diana Rigg in September 2020, Patricia Hodge joins the cast in her place as the humorous Mrs. Pumphrey, the beloved owner of the overly indulged Pekingese dog Tricki-Woo.

How can I watch the series?

All Creatures Great and Small Season 2 can be seen on Sundays, January 9 through February 20, at 9pm on CET and ThinkTV16, on the station’s livestream, or on the PBS Video App. The whole season will be available to stream with ThinkTV Passport starting at the broadcast premiere time on January 9.

If you haven’t yet seen the show or just want to refresh your memory before the season two premiere, you can stream the first season now with ThinkTV Passport on the PBS Video App or online at https://video.thinktv.org/show/all-creatures-great-and-small/.