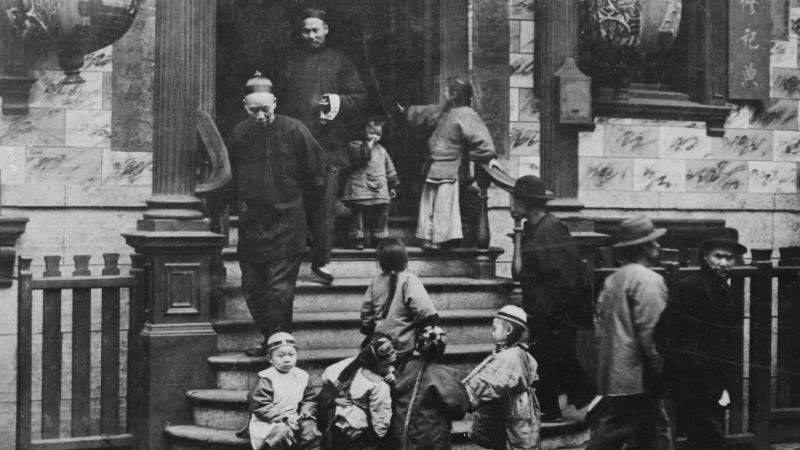 Before the COVID-19 pandemic and The Spanish Flu, the bubonic plague hit San Francisco’s Chinatown in the 1900s. This was the first time that the world’s most-feared disease – The Black Death – made it to North America. American Experience’s new film Plague at the Golden Gate tells the gripping story of the race against time to save both San Francisco and the nation from The Black Death.

The film, based on the novel Black Death at the Golden Gate by David K. Randall, follows the stories of two doctors who attempted to lead the seemingly-impossible battle to contain the disease. In addition to the overwhelming medical challenges they faced, these two doctors also had unexpected opposition from business leaders, politicians and even the president of the United States. Adding fuel to the fire, the Chinese community was quickly scapegoated as the cause of the disease. Plague at the Golden Gate reveals how, even in the 1900s, political expediency, ignorance, greed, racism and a deep-rooted mistrust of both authority and science played a role that would later be revealed to still be evident in America today.

“Though this episode took place more than 100 years ago, this story of stopping an unknown, deadly disease and the misplaced fear that was generated as part of that is all too familiar to us right now,” American Experience executive producer Cameo George said in a press release. “A cautionary tale of the harm that scapegoating a community can cause, Plague at the Golden Gate is also a reminder that well-applied scientific reasoning and innovation can be the best solutions to societal issues.”

The two doctors featured in the film are Dr. Joseph Kinyoun and Dr. Rupert Lee Blue. As a scientist with the Marine Hospital Service and as a star in the field of microbiology, Dr. Kinyoun was the first to notice that the death of a Chinese immigrant had connections to the bubonic plague and confirmed that it was the first case of the plague diagnosed in the U.S. He used this knowledge as well as commonly held racist beliefs at the time as a way to enact questionable methods in containing the virus. These methods included imposed and enforced quarantines, forced searches, fumigation, incineration and ordering mandatory vaccinations and travel bans for anyone with Asian descent.

After the Chinese fought back and Dr. Kinyoun was blamed by politicians for the repercussions of these incidents, Dr. Blue took his place. Unlike his predecessor, Dr. Blue was not a research scientist, which seemed to bring some comfort to the people he served. Dr. Blue began repairing relations with the Chinese community and used more lenient policies when it came to safety protocols. Dr. Blue then went on to lead the first multi-sector health campaign and taught the public revolutionary public safety measures at the time. By February 1908, Dr. Blue saw the last case of bubonic plague in the U.S. and San Francisco celebrated him as a hero.

Learn more about the life and stories of Dr. Joseph Kinyoun and Dr. Rupert Lee Blue – and how their story mimics our world today – on the premiere of American Experience’s Plague at the Golden Gate on Tuesday, May 24, at 9pm on CET, ThinkTV16, the stations’ livestreams and the PBS Video App.