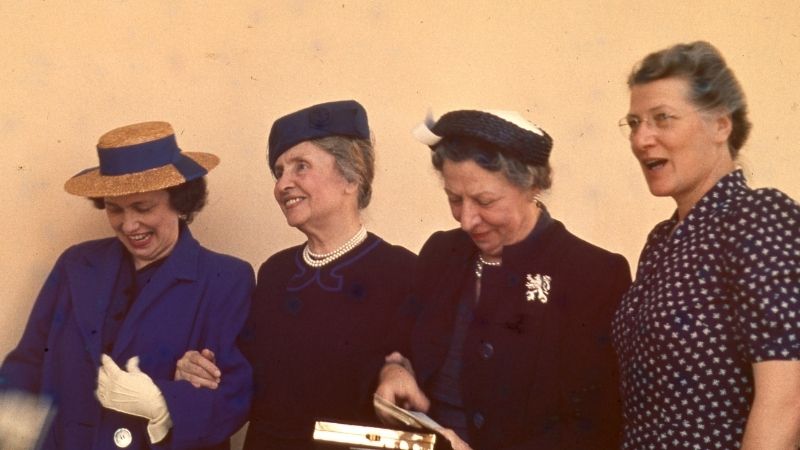 The new film from American Masters, Becoming Helen Keller,examines one of the 20th century’s human rights pioneers. It’s airing Tuesday, October 19, at 9pm on CET, ThinkTV16, the stations’ livestreams and on the PBS Video App in honor of National Disability Employment Awareness Month. This new documentary rediscovers the complex life and legacy of author and activist Helen Keller (1880-1968).

Keller, who was blind and deaf, first came into public view at a young age soon after her teacher Anne Sullivan taught her to communicate. As she progressed through her education, graduating from Radcliffe College, Keller steadily gained international attention. Though she lived until she was 87 and became an accomplished writer and activist, Keller continues to be immortalized as a child such as in the U.S. Capitol with the statue of her at a water pump. She recounted this moment from her youth in her first autobiography, The Story of My Life, later made famous by the book’s stage and screen adaptation, The Miracle Worker.

American Masters: Becoming Helen Kellerdelves beyond the mythologized disability icon to present a critical look at her rich, decades-long career and some of its controversies, including her support of socialism and her changing positions on eugenics. The film reveals little-known details of Keller’s personal life and examines her public persona and advocacy, including the progressive reforms she helped achieve. Speaking out for civil rights at great personal cost, Keller supported women’s suffrage, the NAACP, access to health care and assistive technology as a human right, and workers’ rights as a member of the Socialist Party of America and the labor union Industrial Workers of the World.