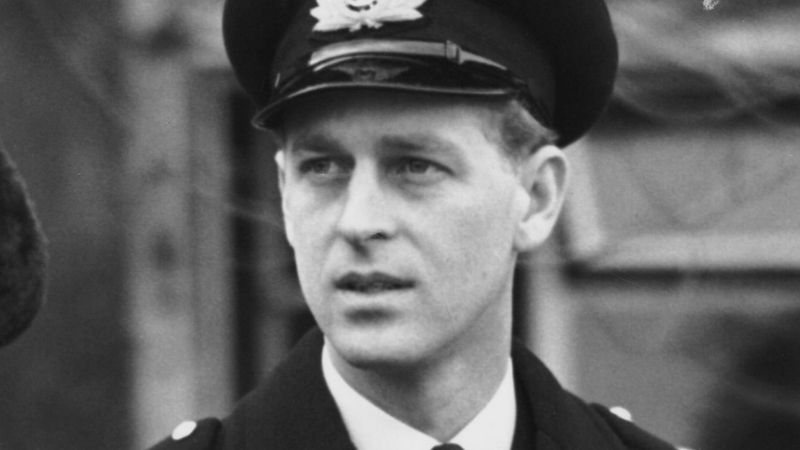 The month of April has a variety of great programming that you won’t want to miss! With big programs like Ken Burns’ Benjamin Franklin and the continuation of fan favorites like MASTERPIECE’s Sanditon, a lot of great shoes are flying under the radar. Here’s what Chief Programming Officer Jim Wiener recommends this month:

This program documents the controversial relationship between the Confederate battle flag and South Carolina, aka “the Palmetto State.” For years, government buildings hoisted the American flag, then underneath it the state flag (blue with a crescent shape and palmetto tree in white) and then, underneath that, the Confederate battle flag (red with diagonal blue bars and white stars).

The presence of the battle flag drew ire, particularly from African-American residents who made up more than a quarter of the state’s population. There wasn’t any real resolution over the dispute until the killing of nine black parishioners in Charleston’s famous Mother Emanuel AME church by a white supremacist. That seemed to serve as the final jolt culminating in the removal of the Confederate flag. Sure, the battle flag still appears on car bumpers and flies in front yards, but it no longer receives endorsement from the state government.

Seaside Hotel
Sundays, April 3 through April 24, at 11pm on ThinkTV16

It’s another summer in Denmark and the staff and its usual guests are reunited after nine months apart. People love this series if only because it’s proof that Walter Presents can provide more than just dark, edgy, gloomy and violent mystery series. And this does feature many Upstairs, Downstairs relationships and changes scenes as quickly as Downton Abbey. Don’t like a particular storyline? Wait 30 seconds. Another more palatable sub-plot will come along.

Zoe Laughlin is a materials scientist and makes for an engaging host of this mini-series on how everyday objects are made, like sneakers, toothbrushes and headphones. It all sounds pretty mundane and rooted in public television’s roots as instructional television.

Oh, and you thought you were all over those films that captivated you in grade school (for me, it was the Bell System Science Series with actor Richard Carlson and Dr. Frank Baxter (only learning later that Baxter was an actor, and was sneakily referred to as a doctor because he had a Ph.D. in English Literature!). Well, How to Make… is much like that series, getting people hooked on a subject they never thought would be the least bit interesting.

Henry Louis Gates, Jr. explores the roots of African American religion from the slave trade to the post-Civil Rights struggle. If you’ve ever been a guest at another church and another denomination, you get a sense of how the other half lives. Growing up Catholic, the Dominican priests gave Sunday sermons that were, uh, “sedate,” to put it mildly. The eye-opening experience for me was hearing my Uncle Tom, a Jesuit priest, visit us and do a Sunday service. The parishioners looked like they were in a Bose speaker ad with their hair blown back from the fiery oratory!

In services attended at a black church, I was witness to everything turned up to 11. You didn’t have to lean forward to catch the minister’s words. He was an old-school orator,) and he didn’t mince words. And if the minister was on his game, the call-and-response was that much better. And this church was SERIOUS about the music. This wasn’t just fulfilling one’s holy day of obligation. This is where you HAD to be Sunday morning. For a visitor, it was truly an experience.

Gates shows us the profound influence the Black church has had on its community and its willingness to use the pulpit to address social inequality and minister to those in need in this film.

Prince Phillip: For Queen and Country
Saturday, April 9, at 9pm on ThinkTV16

The Duke of Edinburgh, aka the Queen’s Consort, is the subject of this documentary on the first anniversary of his death. He was a dashing man in his day, but he always stayed a step out of his wife’s spotlight.

Living with Hitler
Wednesdays, April 13 through 27, at 9pm on ThinkTV14

It sounds like a new Fox sitcom based on the movie, Jojo Rabbit. Not fitting in with the kids at school? Talk with Mein Fuhrer over an after-school snack!

But no, this is about those people who lived under Adolf’s rule, both in Germany starting in 1933 and in countries occupied by the Nazis 1939-1945. It’s a bit similar to a syndicated series that airs on CET this month – Lost Home Movies of Nazi Germany (airing on Saturday, April 2, and Saturday, April 9, at 9pm).

Hitler’s first few years as Chancellor brought Germans some hope and national pride as they dug out of the Depression and reparations from World War I. But then the harsh realities set in, with neighbors being rounded up and disappearing early on and later war-time rationing, followed by the devastation of bombings.

Nazi War Machines – Secrets Uncovered
Saturdays, April 16 through May 7, at 9pm on CET

This is an interesting series that doesn’t show the typical black-and-white wartime footage but examines German military technology from today’s point of view. Germany boasted advanced designs and that included its military industry. James Holland is the engaging host who talks with experts on how the Nazis boasted some technically brilliant designs for its planes, warships, tanks, etc. But Holland and his guest experts show how those designs were eventually exploited for their military flaws.

Halifax: Retribution
Saturdays, April 16 through June 4, at 11pm on CET

You know Rebecca Gibney from Packed to the Rafters, a syndicated comedy that has aired on CET for over a year. Here she’s Jane Halifax, a detective who’s been tracking down a sniper who wreaks havoc, disappears, then turns up later… all over a 20-year span. IMDB describes the plot with Halifax coming “to the rescue to find the sniper before it’s too late.” Okay, maybe Halifax came on the scene late in the game, because if she’s been on the trail all that time, it really IS kinda late for her.

The Dictator’s Playbook
Tuesdays, April 19 through May 24 at 11pm on ThinkTV16

This six-part series profiles many 20th century dictators (Saddam Hussein, Idi Amin and Benito Mussolini among others) and finds that they all used various tactics from the same “Playbook.” Most are familiar with the idea of the “Cult of Personality” (e.g. posters of your likeness can barely fit on the side of a six-story building), but there are other plays to consolidate your power and get obscenely rich in the process. By the way, all the profiled dictators are no longer living.

This is not your typical Earth Day offering. The Trick is a dramatization of a true story. Philip Jones is a renowned British climatologist who becomes the center of a media storm in 2009 that attempted to undermine his credibility and beat on the drum that climate change was a hoax.

Hackers actually broke into the computers of Jones’ East Anglia Climatic Research Unit, copied documents, then put out misinformation that Jones and his colleagues manipulated data to make climate change appear to be worse than it was.

A girlfriend from long ago had parents who were Latvian immigrants. She told me that it was difficult to approach her mother with typical teen girl problems because her mother’s answer would run along the lines of “when I was your age, we had bombs falling in our backyard.” Okay, a little perspective on life! Thanks, mom!

Sonia is 80-something and stands 4’8.” She is something of a diva with leopard print pants. She took over her late husband’s tailor shop and drives to work where the shop is the last remaining tenant in a run-down mall. And she’s one of the last Holocaust survivors living in Kansas City. At 15, she watched her mother herded into a gas chamber. Her teen years were death camps and death marches.

It’s funny to watch Sonia talk to the usual self-absorbed teenagers at the mall, but they listen to her. Intently. This is like Mrs. Sans “when I was your age, we had bombs falling in our backyard.” Only worse.

This has all the makings of a terrific movie because nobody would believe it until they learn it’s a true story. Who would you cast? My vote goes to Meryl Streep because, well, she can play just about anybody.

Rendezvous with Destiny
Friday, April 29, at 9pm on ThinkTV16

From independent filmmaker, Tracie Hunter comes three interviews with veterans of the 101st Airborne in World War II, the outfit that inspired the landmark HBO series Band of Brothers.

It just so happens that one of the featured veterans is James “Pee Wee” Martin, and not only is he still with us, but he also lives in Xenia, and this documentary will air on his 103rd birthday!