Bedlam, a Harrowing Look into Mental Illness in America, comes to CET and ThinkTV

Home » Blog » Bedlam, a Harrowing Look into Mental Illness in America, comes to CET and ThinkTV 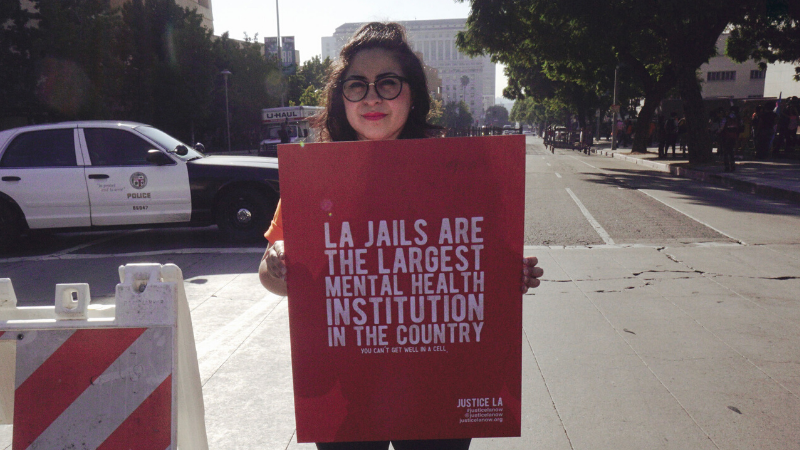 Today, one in five adults – more than 40 million Americans – live with a mental illness. Most people with a serious mental illness (SMI) like schizophrenia, bipolar disorder or severe depression cycle through a revolving door of insufficient care due to lack of funding, personnel and space. For the 20,000 of those suffering with SMI in Los Angeles, the epicenter of this crisis, the only refuge is the emergency room of the Los Angeles County + USC Medical Center.

To get to the bottom of the current mental health crisis in the U.S., psychiatrist and documentarian Kenneth Paul Rosenberg, M.D. chronicles the personal, poignant stories of those suffering from serious mental illness, including his own family, to bring to light to this epidemic and possible solutions on Independent Lens’ new special Bedlam. Shot over the course of five years, Bedlam takes viewers inside Los Angeles County’s overwhelmed and vastly under-resourced psych ER, a nearby jail warehousing thousands of psychiatric patients, and the homes — and homeless encampments — of people affected by severe mental illness, where silence and shame often worsen the suffering.

Rosenberg follows the lives of three patients who find themselves with a chronic lack of institutional support while weaving in his own story of how the system failed his late sister, Merle, and her battle with schizophrenia.  Featuring interviews with experts, activists, individuals living with a mental illness and their families, Bedlam builds on historical footage and commentary related to mental health, exploring the rise of this issue on a national scale in the mid- and late-20th century.

Heralded by The Hollywood Reporter as “a damning indictment and a call to action,” and “lucid, harrowing and urgent,” Bedlam premieres on Independent Lens on Monday, April 13, at 10pm on CET and Thursday, April 16, at 10pm on ThinkTV16.

“I made this film because I felt like there is something to learn from both my family’s story and the firsthand accounts of those who live with mental illness and are victims of this vicious cycle of insufficient treatment,” Rosenberg said in a press release. “I wanted to understand my sister and what she went through every day while living with schizophrenia, but most importantly, I wanted to make a film that acts as a call to action for better treatment of the mentally ill. Our public broadcast on Independent Lens is a fitting platform to sound this call to communities all over the U.S.”

In addition to the film’s central theme examining the treatment of the mentally ill and the disintegration of care and tools provided to them here in the U.S., Rosenberg highlights the cross-section between mental health and mass incarceration by drawing attention to the fact that the largest mental institution in the U.S. is the Los Angeles County Jail.

“Ken offers viewers a harrowing, intimate account of the current mental health crisis unfolding every day in cities around the country,” said Independent Lens Executive Producer Lois Vossen. “Bedlam is an important film, and a story that is beautifully told using Ken’s own personal journey. Care for the mentally ill is an issue that deserves discussion, and our goal with the public broadcast of this documentary is to prompt new conversations around this crucial topic.”