Celebrate Call the Midwife’s 10th Birthday with a New Special 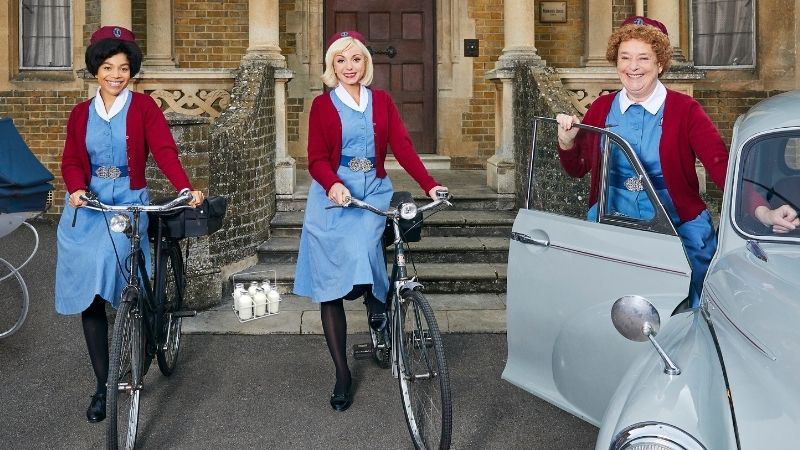 In celebration of the 10th anniversary of Call the Midwife, the cast and crew, past and present, take a look back at some of their favorite moments from the hit show on Call the Midwife: Special Delivery, a new behind-the-scenes special airing later this month.

The upcoming special is described as “a celebratory look back at 10 years of Call the Midwife, featuring the cast’s favorite scenes, plus behind-the-scenes interviews.” Clips will include tributes to much-loved characters from the past such as Jenny (Jessica Raine), Chummy (Miranda Hart), Cynthia (Bryony Hannah), Patsy (Emerald Fennell), Barbara (Charlotte Ritchie), and Sister Evangelina (Pam Ferris), as well as the current regular cast.

While the episode will revisit a number of tough storylines – Spina bifida, Tuberculosis, FGM, abortion, racism and Thalidomide – it’s also a chance to relive some of the weddings, births and most memorable moments. Special Delivery will also offers an inside look at how the costume, design, music and make-up teams work together to finesse every detail seen on screen.

Finally, the cast and crew will look ahead to this year’s Christmas special and future seasons, as it was recently announced that Call the Midwife would be renewed for an additional three seasons, guaranteeing more heartfelt episodes until 2024.

Check out Call the Midwife: Special Delivery on Sunday, November 21, at 9pm on ThinkTV16, the station’s livestream pages or the PBS Video App. If you have ThinkTV Passport, you can watch the special now at https://video.thinktv.org/video/call-the-midwife-season-10-episode-8/.