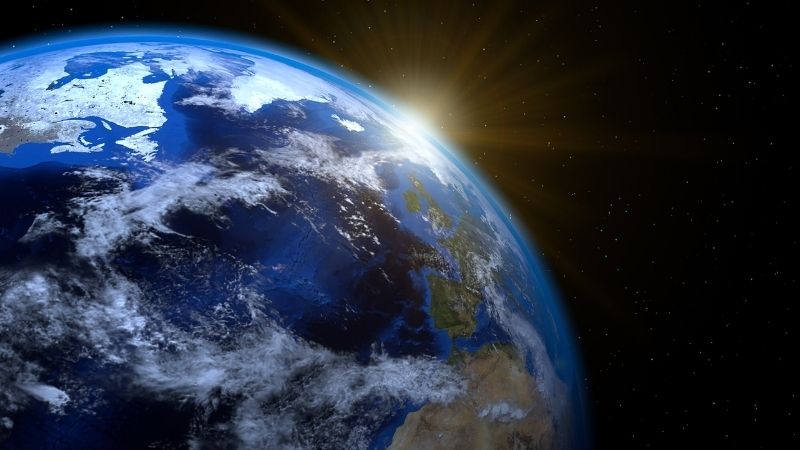 With Earth Day right around the corner, there is a lot to learn about our changing planet and the conversation efforts happening worldwide. We’ll be airing several programs in honor of Earth Day, including the premiere of Changing Planet and Earth Emergency, within the next few weeks and we’ve pulled together a list of shows available to stream, some with Passport and some without. Check them out:

Premieres Wednesday, April 20, at 8pm on CET & ThinkTV16, the stations’ livestreams and the PBS Video App. The program will also air Monday, April 25, at 8pm on ThinkTV14.

Join conservation scientist Dr. M. Sanjayan for the beginning of an ambitious 7-year project – a global environmental health check of six of Earth’s bellwether biomes. From the Arctic to the Amazon, these vulnerable habitats are changing, revealing surprising animal behaviors as species adapt. On his journey, he meets inspiring scientists and communities working to bring about positive change.

Airs Wednesday, April 20, at 10pm on CET & ThinkTV16, and the stations’ livestreams and the PBS Video App. The program will also air Monday, April 25, at 10pm on ThinkTV14.

This revealing film examines how human activity is setting off dangerous warming loops that are pushing the climate to a point of no return as well as what we need to do to stop them. With captivating illustrations, stunning footage and interviews with leading climate scientists as well as support from Greta Thunberg, Earth Emergency adds a missing piece of the climate puzzle.

Airs Wednesday, April 27, at 10pm on CET & ThinkTV16 and on the stations’ livestreams. The program will also air Monday, May 2, at 10pm on ThinkTV14 and is available to stream online now.

Scientists explore the impact of climate change and what could happen if global warming exceeds 1.5 degrees. Discover how the latest innovations and technology are posing potential solutions and what individuals can do to prevent further damage.

Airs Wednesday, May 4, at 10pm on CET & ThinkTV16 and on the stations’ livestreams. It will also air Monday, May 9, at 10pm on ThinkTV14 and is available to stream online with Passport.

With a million species at risk of extinction, Sir David Attenborough explores how this crisis of biodiversity has consequences for us all, threatening food and water security, undermining our ability to control our climate and even putting us at greater risk of pandemic diseases.

The series is available to stream for free on the PBS Video App and online at https://video.thinktv.org/show/sinking-cities/.

As the earth warms, sea levels rise and super-storms become more frequent and intense, many of the world’s major coastal cities may soon be under water. In the last five years alone, the United States has been hit with 83 hurricanes, devastating cities from New York to Houston. This four-part documentary series explores how four global cities are coming to grips with the real-time effects of rising seas and extreme weather due to climate change.

The episode is now available to stream for free on the PBS Video App or online at https://video.thinktv.org/video/reef-rescue-8v9c2c/.

If oceans continue to warm at the current pace, coral reefs could be wiped out by the end of the century. But scientists from around the globe are rushing to help corals adapt to a changing climate through assisted evolution.

The Age of Nature

Explore humanity’s relationship with nature and wildlife, as scientists and conservationists from all over the world examine ways we can restore our planet. This documentary series asks whether newfound awareness of nature could bring about a new chapter in the human story.

Greta Thunberg: A Year to Change the World

This revealing series follows Greta Thunberg as she steps from behind the podium and onto the front lines. Over the course of the three episodes, Greta explores the science as she travels to extraordinary locations across the globe, meeting leading climate scientists, witnessing firsthand the consequences of climate change and confronting the complexity of what is required to make change happen.