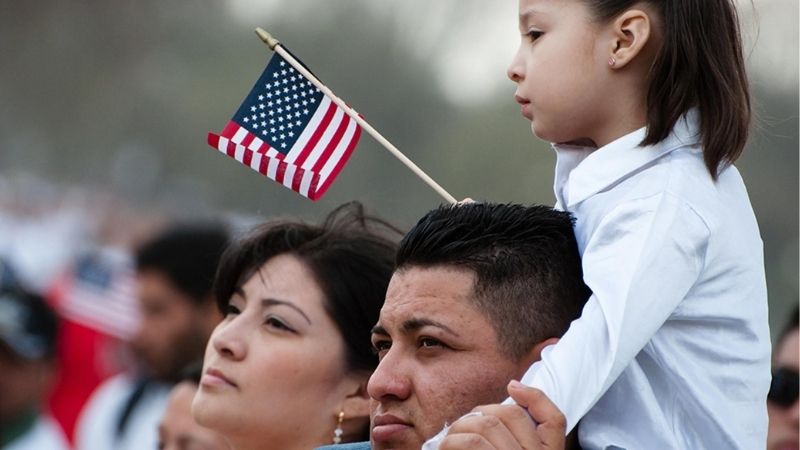 National Hispanic Heritage Month is recognized from September 15 through October 15. This month traditionally honors the cultures and contributions of both Hispanic and Latino Americans as we celebrate heritage rooted in all Latin American countries. As the Hispanic population continues to grow across the United States, more opportunities present themselves to embrace the rich culture and vast history they provide than ever before. Here are a few films – full-length and short-form – to explore throughout the month:

Follow John Leguizamo’s path to the Great White Way with his latest theatrical showcase, “Latin History for Morons,” a comedic yet pointed look at the systematic repression of Hispanic culture throughout American history. In addition to the broadcast, this film is available with ThinkTV Passport: https://video.thinktv.org/video/john-leguizamos-road-to-broadway-kjnpnx/.

Latino Americans was the first major documentary series for television to chronicle the rich and varied history and experiences of Latinos, who have helped shape North America over the last 500-plus years and have become, with more than 50 million people, the largest minority group in the U.S. The six-part series can be streamed anywhere, anytime with the PBS Video App or online at https://video.thinktv.org/show/latino-americans/.

VOCES on PBS: Adios Amor – The Search for Maria Moreno

See how the discovery of lost photographs spark the search for a hero that history forgot: Maria Moreno, an eloquent migrant mother of 12 who became an outspoken leader for farmworker rights. Her legacy was buried – until now. In addition to the broadcast, this series is available with ThinkTV Passport: https://video.thinktv.org/show/voces/.

Latin cuisine is not just burritos and nachos – it’s a rich and varied way of combining ingredients, flavors, texture and spices to create the most heavenly dishes. Join Christina as she goes South of the Border in the kitchen in this special show.

Travel south along Mexico’s mountain spine, explore the tropical forests of the Maya and journey across the deserts of Northern Mexico to discover its amazing wildlife and culture. In addition to the broadcast, this three-part miniseries is available with ThinkTV Passport: https://video.thinktv.org/show/wonders-mexico/.

From Hispanic to Chicano to Latin@ to Latinx, the identifier for people in the Latin American diaspora has continued to evolve. Seattle natives Louie Leiva, Inma Davis and Milvia Pacheco all have their own ways of identifying their heritage. Watch this video and watch as each community member shares their thoughts on the emergence of the latest term, Latinx, and the larger psychological and sociological implications of such labels.

Baby Mama High is one of the five short films that are part of the American Graduate public media initiative supported by Corporation for Public Broadcasting to help local communities across America find solutions to address the dropout crisis. These films (which include Can’t Hold Me Back, I Really Want to Make It, Immigrant High and Skipping Up) collectively showcase a diverse array of determined Latino adolescents, from Oakland to Detroit, New York to San Antonio, who have all struggled to overcome challenges — gang violence, drugs, poverty, young motherhood, and language barriers — as they keep their eyes on the prize: a high school diploma. Watch the other four parts of this series at:

Origin of Everything Digital Short

When you hear “Latino” you probably think of people from Latin America – places like Mexico, Colombia, Venezuela, etc. But where exactly did the history of that word come from and has it always meant Central America and South America as well as the Caribbean? In this episode of “The Origin of Everything,” Danielle traces the origin of the term “Latino” and the debates that still surround it as well as the term “Hispanic” and “Latinx.”

In a three-hour presentation of nonfiction and fiction short films, The Latino Experience explores a broad collection of experiences, perspectives, and points of view to highlight the diversity of the Latino/a/x community and to illuminate the vibrancy of the United States and Puerto Rico. Stream the film series now with ThinkTV Passport: https://video.thinktv.org/show/latino-experience/.

With intimate and unprecedented access, Peter Bratt’s Dolores tells the story of Dolores Huerta, among the most important, yet least-known, activists in American history. Co-founder of the first farmworkers union with Cesar Chavez, she tirelessly led the fight for racial and labor justice, becoming one of the most defiant feminists of the 20th century. Stream the film now with ThinkTV Passport at https://video.thinktv.org/video/dolores-jhnajm/.

Celebrate the recipients of the annual Hispanic Heritage Awards. The evening includes performances and appearances by some of the country’s most celebrated Hispanic artists and visionaries. Watch now with ThinkTV Passport: https://video.thinktv.org/video/33rd-hispanic-heritage-awards-rpkoh7/.