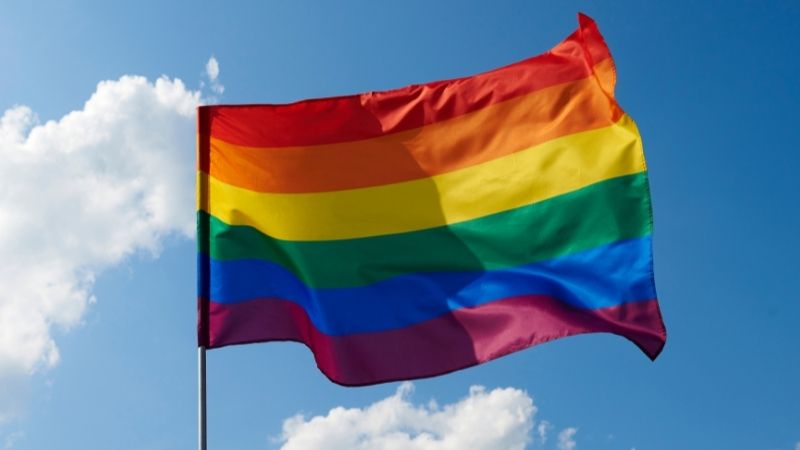 Celebrate Pride Month this June with your local PBS stations! Explore a special collection of films, series and short stories that explore the LGBTQ+ experience and check out local pride celebrations happening in your area below!

Discover Les Ballets Trockadero de Monte Carlo (The Trocks), an all-male company that for 45 years has offered audiences their passion for ballet classics mixed with exuberant comedy. With every step, they poke fun at their strictly-gendered art form.

From a young age, Yaya and Jack saw each other as they truly were, a girl and a boy, even though most of the world didn’t see them that way. As they grew older, they supported each other as they both came out as transgender. Jack & Yaya follows these two friends for a year and explores their unique, 30-year relationship.

Learn the untold story of how tens of thousands of homosexual federal workers were either fired or denied employment in the 1950s, stirring outrage in the gay community and starting an LGBTQ rights movement with an unlikely hero at the forefront.

The Birdcage
Saturday, June 26, at 8pm on ThinkTV14

A gay cabaret owner and his drag queen companion agree to put up a false straight front so that their son can introduce them to his fiancee’s right-wing moralistic parents.

Senior Prom celebrates our eldest LGBTQ+ generation who spent a lifetime fighting for the right to love openly and, via rich personal archives, retraces the lives and the legacies of the resistance that helped change the course of civil rights.

Follow queer actor Dyllón Burnside on a journey to discover how LGBTQ Americans are finding ways to live authentically and with pride in the modern South. View more episodes at https://watch.cetconnect.org/show/prideland/.

In order to save his terminally-ill superhero father, a young son struggling with his gender identity must find the hero within.

In the indigenous communities around the town of Juchitán, the world is not divided simply into males and females.

Mama Gloria is a feature documentary about Gloria Allen, a 75-year-old Black trailblazing transgender activist who started a charm school for homeless trans youth and is now aging with joy and grace. It is the story of a mother’s love – the love that Gloria’s mother had for her and the love that Gloria has for her chosen children.

Ten years after being outed by his teacher, a gay man revisits raw audio recordings of his Filipino family’s reactions.

Since 1910, millions of boys have joined the Boy Scouts. But today, if you are openly gay, you can’t. Witness how a 12-year-old Boy Scout named Steven Cozza launches a campaign to overturn the Boy Scouts’ anti-gay policy. From Petaluma, California to the Supreme Court, the film chronicles a modern interpretation of the scouting ideals of courage and honor.

A young gay man from Ghana struggles to reconcile his love for his mother with his sexuality through a series of letters in this deceptively simple yet powerful piece.

POV: Memories of a Penitent Heart

Filmmaker Cecilia Aldarondo suspected that there was something ugly in her family’s past. Memories of a Penitent Heart excavates a buried conflict around her uncle Miguel’s death at a time when having AIDS was synonymous with sin. As she searches for Miguel’s partner decades later, the film – both a love story and a tribute – is a cautionary tale of how faith is used and abused in times of crisis.