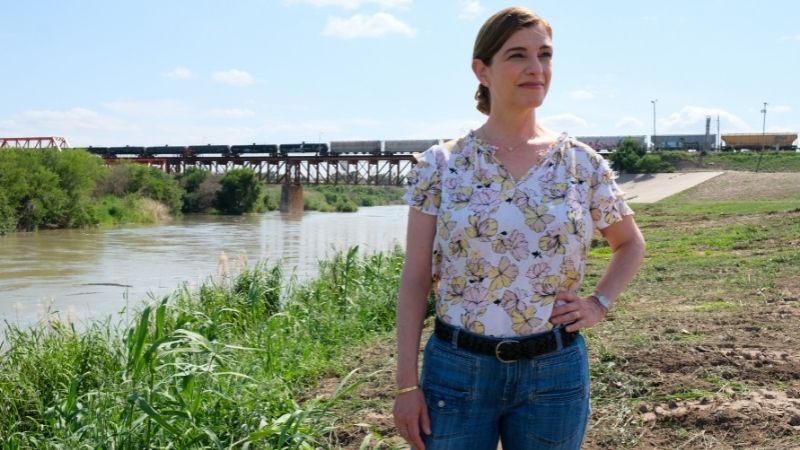 We have some great programming coming up this month and Chief Programming Officer Jim Wiener has the inside scoop on the shows you might not have heard about yet! Check out these program recommendations for the month below and mark your calendars so you don’t miss the airings (or get ready to stream them on the PBS Video App!)

How the Monuments Came Down
Thursday, September 30, at 9pm on ThinkTV16

Before the enormous statue for Robert E. Lee was removed, this documentary looked at the former Confederate capital in Richmond, how monuments to Confederate leaders stood for more than a century and why they were eventually taken down.

American Masters: Rita Moreno – Just a Girl Who Decided to Go For It
Tuesday, October 5, at 9pm on CET and ThinkTV16

Here is a really high-profile special in our lineup and I have a story about Ms. Moreno.

When the annual PBS meeting was held in Denver nine years ago, programmers were invited to a reception promoting Makers, a series on women in business, science, Hollywood, etc. The celebrity guest? Rita Moreno.

So we’re lined up to meet her and I was next to Ana Ramos, WNET’s programmer in New York City, and like Ms. Moreno, a native Puerto Rican.

As we’re getting closer, Ana suppressed a quiet laugh. “What’s so funny?” Ana replied that whoever was talking to Ms. Moreno said “Oh, I loved you in….” and Moreno snapped back “That was Chita Rivera!!” I replied that somewhere in another reception line, somebody shook hands with Chita Rivera and told her “Oh, Ms. Rivera, I loved you in The Electric Company,” and Rivera shot back “That was Rita Moreno!!” And the two probably meet up every once in a while at an awards ceremony, and have a good laugh about it.

Moreno turns 90 in December, and to look at her, you’d think she was the epitome of Hollywood glamor… at the age of 70!

Rita Moreno is one of only 24 people to have won the Triple Crown of acting (Oscar, Emmy, Tony Awards). Secondly, she’s one of 16 “EGOTS”, or people who have won an Emmy, Grammy, Oscar and Tony Awards.

And consider that there are only two people who have achieved both of those honors: Rita Moreno and Helen Hayes. Good company.

While American educators argue over the charged topic of critical race theory, Germany has established a law that, when students reach the age of 14, they have to be taught about their country’s role in the Holocaust.

How the Victorians Built Britain
Thursdays, October 7 through November 25, at 9pm on ThinkTV16

The reign of Queen Victoria coincided with the dawn of the Industrial Revolution. Michel Buerk travels across Britain to show us how the Victorians built so much of what we still see today. England built the first national railway system, a huge navy that “Ruled the Waves,” bridges and sewer systems. They made advances in medicine and even came up with the destination vacation to its many coastal resort towns.

Raising the Future: The Child Care Crisis
Tuesday, October 12 at 10pm on CET and ThinkTV16

From PBS Newshour comes this look at childcare, and how the COVID epidemic has made it an almost crushing burden for families. The political battle is brewing over the idea of federally funded universal childcare. This is one of those programs on a tough subject that won’t exactly entertain audiences, but it’s an issue that will be talked about the next day by many who are affected by it.

In 1973, the American Psychiatric Association removed homosexuality from its book on mental disorders. Before that, doctors were in the business of treating it on a par with severe illnesses like schizophrenia or bipolar disorder. So what was deemed severe mental illness was met with pretty severe treatment, namely lobotomies (the severing of nerve pathways in the brain), or electroshock therapy. All the more reason why those in the LGBTQ community were planted firmly in the closet.

In this month of Halloween, what’s scary to me is not vampires and werewolves, but 1950’s footage of doctors and nurses in white garb dutifully going about their business and thinking these procedures would actually help patients. It was the 20th century’s version of applying leeches.

Travel across dramatic landscapes and meet the train crews who maintain both the classic steam trains and modern trains running. Episodes include the Jacobite steam train across the Glenfinnan Viaduct, the iconic Flying Scotsman zipping across the Firth of Clyde, and the West Highland Line to Blari Castle and the Atholl Highland Gathering.

The star of Pati’s Mexican Table (airs Saturdays at 1:30pm on CET and Tuesdays at 9pm on ThinkTV16 Life) travels back and forth between Mexico and America to see how family bonds are an underlying theme connecting people with their food. It’s good to get out of the studio and help yourself to the scenery and folks who create burritos and even Middle Eastern cuisine.

Hey, we all branch out on our love for food! That said, eating Chinese at a restaurant in Edinburgh, Scotland was more of a learning experience…

A small town in eastern Oregon along the Columbia River looks like a dead-end destination, but an enthusiastic teacher generates excitement and leads a team of students to overcome obstacles and chase after their dreams in a robotics competition.

This four-part series does what public television does well – namely thought-provoking essays. This doesn’t present veterans as Hemsworth look-alikes dispatching whoever our current enemies happen to be. Nor does it present them as losers who joined up because they had no prospects in the real world. This follows their transformation from civilian to soldier, sailor or whatever their branch of service, and how their time in service affects them in profound, unexpected ways. Drew Carey, Senator Tammy Duckworth, Wes Studi and JR Martinez are the respective narrators.

Tevis was a teacher of mine at Ohio University, and he was something of a celebrity since one of his movies was made into a popular movie: The Hustler with Paul Newman. Since then, a few more of his books followed the same path: the cult film The Man Who Fell to Earth with David Bowie, then later The Color of Money with Tom Cruise and Paul Newman (a sequel to The Hustler). Then much, much later, another of his novels surfaced as a huge hit in a new venue. The Queen’s Gambit became a huge streaming hit on Netflix and interest in Tevis renewed 36 years after his death. Here’s a profile of him courtesy of WOUB in Athens.

In 1925, Mrs. Mary Carson Breckenridge led a team of women to Leslie County, Kentucky (between Harlan and Hazard) to establish healthcare for pregnant women in remote locales. Think of Call the Midwife on horseback. Breckinridge figured that if her team could reach expecting mothers in these remote hills, they could reach them anywhere. This is a story of the tribulations, triumph and harrowing tales of the dedicated women of the Frontier Nursing Service.

Dick and Angel continue advising other couples in their business of turning a rundown estate into a profitable hospitality destination.

Invasion of the Body Snatchers
Saturday, October 30, at 8pm on ThinkTV14

When you wonder why a movie was remade because it brought nothing new to the table, this 1978 remake of the 1956 classic is a classic example of how remakes can truly be worthwhile efforts. A woman tells a friend that her husband just doesn’t seem the same anymore. He’s distant and unfeeling (okay, let’s dispense with wives cracking wise “and that’s different… how?”). They soon discover that any number of people are finding that friends or family members have become unemotional, literally overnight.

Donald Sutherland, Brooke Adams and Jeff Goldblum star, and Leonard Nimoy is terrific as a pop psychologist. Two cameos from the original version: leading man Kevin McCarthy is the crazy guy in the street providing the early warning of people being transformed after a good night’s sleep and director Don Siegel is a cab driver taking our couple to the airport.

After Invasion, enjoy a remembrance of Leonard Nimoy’s career. Yes, he did more than just play Spock and Invasion was a favorite role of his.

Twisted Tales of Poe: Theater of the Mind
Saturday, October 30 at 9pm on CET Arts

Dracula: Theater of the Mind
Saturday, October 30 at 10pm on CET Arts

Ghosts of the Elysian Arms: Theater of the Mind
Sunday, October 31 at 9pm on CET Arts

Enjoyable, and certainly not scary, these tales to watch on Halloween weekend! This is old-school radio drama done on TV. So we see the cast reading their lines, and one or two people armed with all the implements to create the sound effects like creaking doors or carriages clip clopping down the street. This will put you in the mood for the Halloween weekend.