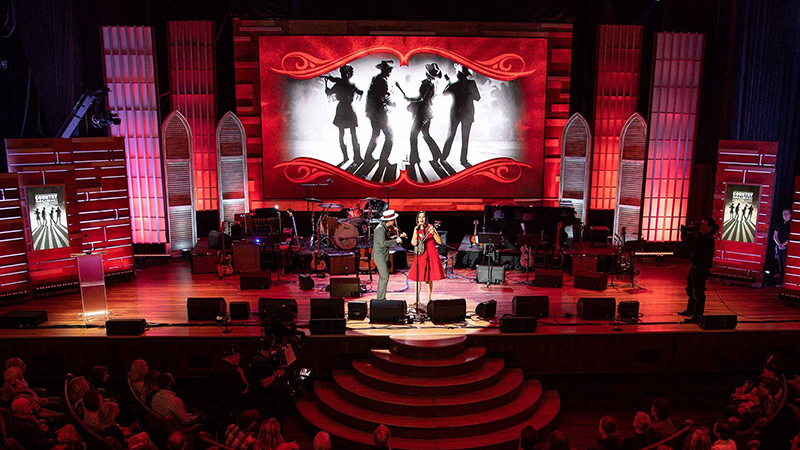 Country Music: Live at The Ryman, a concert featuring many of the artists who appear in the upcoming Ken Burns documentary Country Music, comes to CET and ThinkTV16 on Sunday, September 8, at 8pm.

“In country music, we found a love for storytelling that translates everyday experiences into universal truths that we can all identify with,” said Ken Burns. “We are thrilled to have had the opportunity to bring film excerpts of Country Music to those areas that gave birth to this most American of art forms. Ryman Auditorium, the Mother Church of Country Music, is a character itself in our film, and hosting this concert there was a dream come true for us. We are thrilled to now share this special evening with PBS viewers across the country.”

“Ruby, Are You Mad at Your Man” – Rhiannon Giddens and Ketch Secor

“In the Jailhouse Now” – Ketch Secor

“Tumbling Tumbleweeds” – Riders in the Sky

“I’m So Lonesome I Could Cry” – Holly Williams

“Are You Sure Hank Done It This Way” – Dierks Bentley

“I Will Always Love You” – Vince Gill

“Don’t Get Above Your Raisin’” – Ricky Skaggs

“I Still Miss Someone” – Rosanne Cash

“Will the Circle Be Unbroken” – Full Cast