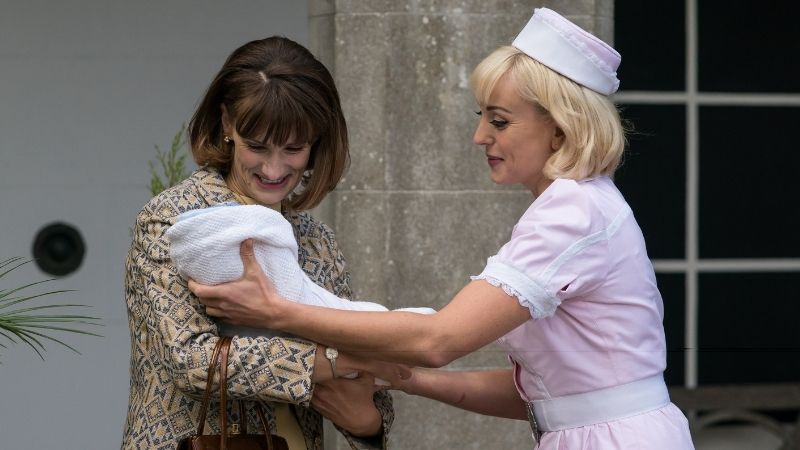 Are you excited about the return of Call the Midwife? We certainly are! Before the premiere of Season 10 on October 3, get the inside scoop of the storyline, the breakdown of who’s who, what episodes to expect and where to watch below:

What can we expect from Season 10?

Season 10 opens in the year 1966 at a trying time for the midwives, but there is excitement too as the women’s rights movement intensifies. With Trixie’s help, Sister Julienne is determined to steer Nonnatus House out of its financial quandary. Dr. Turner deals with an array of difficult cases, including a former soldier involved in nuclear test explosions.

Meanwhile, Sister Monica Joan experiences a crisis of faith and Sister Frances realizes she needs to be a little less spiritual to really connect with the local women. Nonnatus House also welcomes four new pupil midwives, including Nancy Corrigan, who makes quite an impression. There are some interesting challenges – and great celebrations – ahead.

Who’s in the cast?

How many episodes will there be?

There will be seven episodes that air on Sundays, starting October 3 and going through Sunday, November 17. Following the season finale and in honor of the 10th season, a celebratory compilation episode, “Special Delivery,” will air on November 21.

Where can you watch the new season?

You can watch the premiere of Season 10 on Sunday, October 3, at 8pm on CET, ThinkTV16, the stations’ livestreams, and the PBS Video App. The series will also air on CET Arts on Tuesdays at 9pm starting on October 5.

Any other exciting news?

Yes! To celebrate the series’ 10th anniversary, Weldon Owen will release A Labour of Love: Ten Years of Call The Midwife on November 2, 2021. Written by Stephen McGann, who plays Dr. Patrick Turner on the series, the book explores the moving and personal story of Call the Midwife as told by the cast and crew.