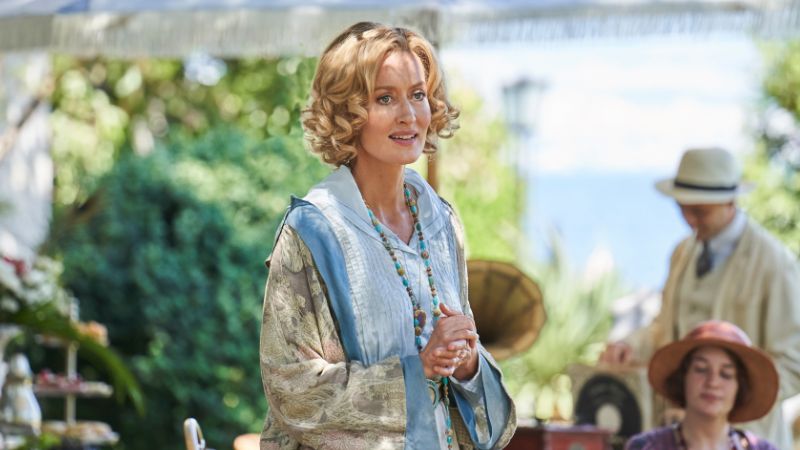 Hotel Portofino follows the Ainsworths, a British family, who open a hotel for upper class travelers on the Italian Riviera in the 1920s. Bella Ainsworth, played by actress Natasha McElhone, the spirited co-proprietor of the hotel, quickly finds herself being targeted by local politician Signor Danioni (played by Pasquale Esposito), who threatens to drag her into the red-hot cauldron of Mussolini’s Italy. She also has to deal with impenetrable Lady Latchmere (played by Amy Chancellor), a guest who is demanding and hard to please.

Even though the hotel demands all of Bella’s energy, she also has to deal with nursing her wounded son Lucian back to health and comforting her widowed daughter in the aftermath of the World War I. All the while, her charming but dangerous husband Cecil (played by Mark Umbers), tries to arrange a marriage for Lucian in order to secure their family’s future.

The series, written and created by Matt Baker, is directed by Adam Wimpenny and produced by Julie Baines. Hotel Portofino was executive produced by Jo McGrath and Walter Iuzzolino for Eagle Eye.