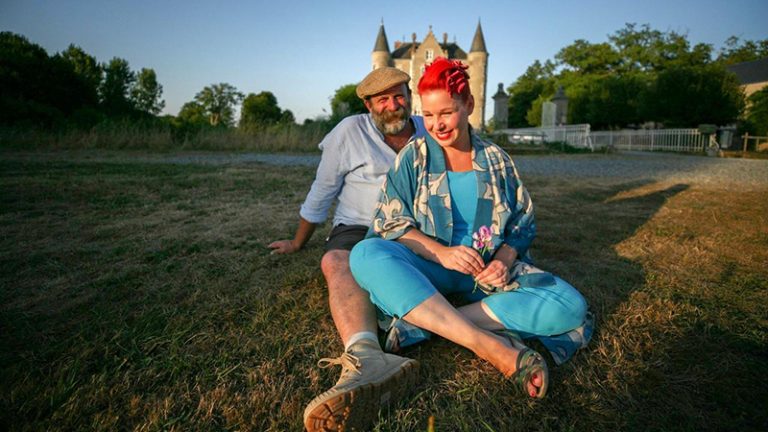 Our Chief Programming Officer, Jim Wiener, has his DVR set for these sleeper picks. You won’t want to miss these shows!

Meet The Lords
Saturdays, January 4 to January 18, at 10pm on CET

If you wonder why the UK’s Prime Minister Boris Johnson would attempt to bypass Parliament in order to fashion a Brexit deal, check out this 3-part series. The House of Lords is to the U.S. Senate what the House of Commons is to the House of Representatives. But even if our Senate seems upper crust, the Lords are far more upper, and certainly crustier. You’ll think you walked into a David Croft comedy with the Grace Brothers of Are You Being Served? multiplied by 20. Old, entitled and eccentric makes for an entertaining civics lesson.

With Ken Burns’ Country Music re-airing this winter on Fridays, we reprise his earlier musical efforts with Jazz.

Certainly Country Music showed great potential and appeal the moment this 8-part series was announced. But a 10-part series on a genre with less mainstream popularity initially inspired “Uh, Ken…. you sure you want to do this?” And yet it worked. A similar formula, including a great narrator in actor Keith David, made this imminently watchable when it premiered back in April of 2016. And there was commentary from Wynton Marsalis.

In public television circles, we like to refer to the “Shelby Foote” in any long-form Burns documentary series. Who was that one go-to interview who always provided the a great quote at any given point? In Burns’ breakthrough series, Civil War, that was historian Shelby Foote. His keen insight coupled with his southern accent and rakish charm reportedly inspired a few marriage proposals from smitten fans. Buck Williams became the “Shelby Foote” of Baseball. Marty Stuart earned that distinction in Country Music. For Jazz… definitely Wynton Marsalis.

Coastal Railways with Julie Walters
Wednesday, January 8 to January 29, at 9pm on ThinkTV 14

For the Brits, an actor hosting a travel series is a rite of passage like an American rock/pop singer succumbing to the allure of the American Songbook. How many actors have told their agents “I have earned my celebrity street creds. Now I want my own travel mini-series!”

This drama series is back with new episodes! It premiered in September of 2018 with nurse Sarah Adams (Marta Dusseldorp) returning to Australia after being abroad for 20 years. She returns to care for her estranged mother, and gets involved in the lives of the Blighs, a wealthy family with more baggage than is found at the Sidney airport at Christmas.

A six-part pilot series that touches upon a sobering original subject.

Baby boomers are turning 65 at the rate of about 10,000 a day. They may remain in their homes, but eventually many will come to terms with downsizing or settling their estates, living in a retirement community or assisted living.

But we’re dealing with a population that has accumulated a lifetime of possessions. We love our stuff, which is why you may noticed garage sized storage units popping up like Starbuck’s in many communities.

Host Matt Paxton is best known for his A&E series Hoarders. He’s joined by expert friends to look at how families can truly downsize, save the meaningful stuff, and be decisive about parting with the rest.

You remember Dick and Angel leaving behind their cramped apartment in the UK and investing in a French chateau that was jusssst a little bit of a fixer-upper?

They’ve finished enough of it where they can now rent out rooms and use the chateau and its grounds as a wedding destination. So Angel handles that end of the business, but still has time to keep Dick busy with new projects.

This syndicated series won over select public television audiences nationwide and has spawned new episodes. Will Dick ever scale the peak of Angel’s Mt. Honey-Do List? For our sakes, we hope not. Not for a while at least.

No Passport Required
Mondays, January 20 to February 17, at 9pm on CET and ThinkTV16

Baby boomers may remember when their parents took them out for a special dinner to learn about other cultures. That usually meant a mom & pop Italian place with red and white checkered tablecloths, and spaghetti and meatballs. Or, if really adventurous, chop suey at a Chinese restaurant.

A few cities stretched beyond that. Where I grew up in Akron, we had middle eastern with Nick Yanko and his flaming shish kebab, and a downtown dive called Mijo’s House of Paprikash. Toledo was famous for Tony Packo’s Hungarian fare. Cincinnati, of course, had German with Mecklenburg Gardens.

But that was about the extent of “ethnic cuisine.” There’s even a funny postcard “Spices of Ohio,” showing salt and pepper shakers, and a packet of Sweet ‘N Low.

No more. Every wave of immigrant communities brings with it a few new restaurants, and new dishes that fuse old world with new world tastes.

Chef Marcus Samuelsson returns for a new season of this series that focuses on metro areas including Nigerian and west African food in Houston, Fillipino in Seattle, and Armenian in Los Angeles. And while parents had a go-to country when telling their kids to eat their dinner, many cited China, but my father always said “Eat those peas. People are starving in Armenia!”

Find It, Fix It, Drive It
Tuesdays starting January 21 at 9pm on ThinkTV14

Mix equal parts Antiques Roadshow with Salvage Dogs and Top Gear, and you have this. Henry Cole and Sam Lovegrove are in the business of buying antique vehicles (cars, vans, ambulances, tractors, anything with wheels and an engine), and restoring them, and then take them on a rigorous test drive.. And since this is a British series, the finds are even more exotic. How about a 1930 Walesley Hornet roadster? A 1968 Morris ambulance? A 350 cc Ducati? You don’t have to be a gear head to enjoy this.