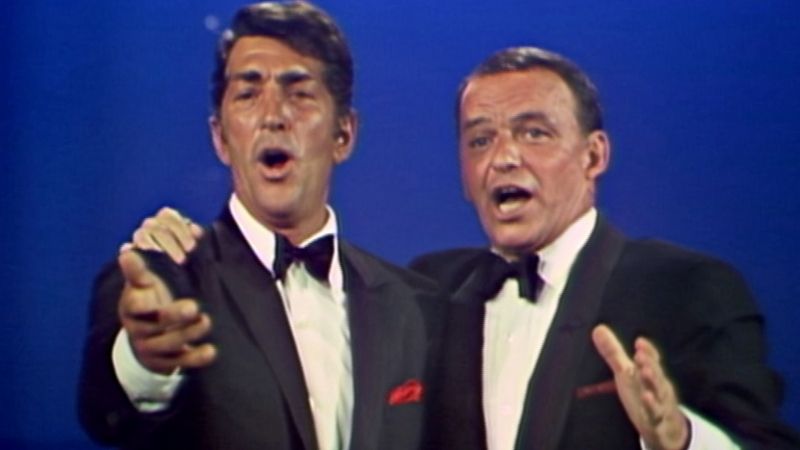 Chief Programming Officer Jim Wiener’s infamous Q&As, which used to be featured in our Membership Magazine, are now on our blog! Read the next round of the Q&As below:

Are you broadcasting the Dean Martin Frank Sinatra Christmas Special from 1961? I heard PBS was programming it.

The Dean Martin and Frank Sinatra Family Christmas is a pledge-formatted show that aired in the Cincinnati and Dayton areas back in late November/early December. There is a CD of the music, so if you want to renew your membership or become a member, please call Bonni at 937-220-1683.

At first blush, I thought the idea of the Rat Pack’s ringleaders hosting a family Christmas seemed a major disconnect, like “nothing says Christmas like two heavy-drinking womanizers toasting the holidays!” But a recent documentary (Dean Martin: King of Cool) said Dean’s ubiquitous drink in hand was just for show and he only abused alcohol very late in life when he was very ill. And the Sinatra/Martin Christmas shows were a TV tradition with the two of them including their families, many of whom were also singers or entertainers as well. So this show was nostalgia for the Greatest Generation sitting on the couch, or for Baby Boomers watching on the floor while giving their new toys a workout.

I am watching Slavery By Any Other Name in November. This is not February, which is African-American history month. This is November, and this is Native American month. Before the month is over, I would like to see something about Native Americans who are the forgotten minority in this country, put onto your programming schedule.

Slavery By Any Other Name originally aired going back to 2012, and became popular enough that PBS made a pledge version of it for stations to run during membership drives.

It aired on November 24 on CET and on December 4 on ThinkTV16. The fact that it aired in our Winter Membership drive means it has nothing to do with Black History Month or Native American History Month. It’s a compelling story that we hoped would inspire viewers to become members.

We do acknowledge the aforementioned months with appropriate programs, but we don’t believe in segregating them to only designated “months.” Rather, we choose to air such programming year ‘round.

But this November, we acknowledged Native American Heritage Month with the following programs…

Native Americans in the U.S. military, and their stories of service, pain, courage.

The written language Sequoyah created for the Cherokee people, interviews with his descendants.

Independent Lens: Home from School – The Children of Carlisle

Northern Arapaho tribal members travel to Pennsylvania to retrieve the remains of children who died at Carlisle Indian boarding school in the 1880’s.

The cultural divides fueling the fight over how the Bears Ears Monument is managed and protected. The Ute, Pueblo and Hopi Tribes filed a lawsuit against the Trump administration over drastically reducing the monument’s acreage. [November 24 at 11pm ThinkTV16]

Gary Abernathy on PBS Newshour. Good to have an Ohio journalist on the Newshour, BUT Horrendous whataboutistm. My on/off control works. I support PBS, but NOT Gary Abernathy.

You’ll want to register your complaint directly to the PBS Newshour team:

The PBS Newshour’s website states that viewer emails are distributed to their senior staff, but I would urge you to provide them specifics (eg. who was he interviewing? Issue discussed? Air date?). Whatever info you can provide helps senior staff retrieve and review the exchange.

It seems that virtually all of the Brit-coms are on ThinkTV14, which I don’t receive. I just get ThinkTV16. Maybe you could add a few, especially Doc Martin. Also mysteries like Vera and Midsomer Murders.

Actually there are few Brit-coms left to air on public television, other than the old chestnuts like Keeping Up Appearances and As Time Goes By, which we’ve aired dozens of times. New episodes of Doc Martin are no longer available to us now that Acorn Media now has their American distribution rights and features them on their pay streaming service. We’ve aired Vera and might revisit that provided they have stockpiled enough episodes.

For those who can get ThinkTV14 and CET, Packed to the Rafters is an Australian comedy (two empty nesters find family members returning to the nest — definitely not their idea) and that returns January 8, 2022 at 7pm on CET. Midsomer Murders continues to air Thursday 9-10:30pm on ThinkTV14. It’s been a Thursday night mainstay on ThinkTV14 since May of 2009. Also look for Death in Paradise on Thursdays 8pm starting on January 6, 2022, and Foyle’s War on Fridays at 8pm starting January 7, 2022. We can’t always get the rights for those shows for all of our stations.