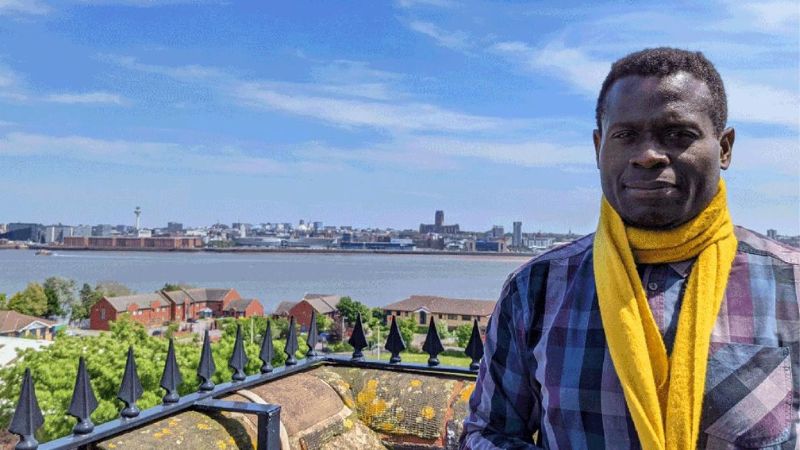 It’s a new year and a new month, so let’s ask Jim Wiener, our Chief Programming Officer, for his sleeper pick programs to kick off 2023.

Historian Dr. Onyeka Nubia walks different regions in Britain to show us how they figured into the rise of England in Queen Victoria’s era. This is a country that saw great developments in so many facets of life, from advances in engineering and medicine and rail transportation to establishing the world’s most impressive fleets in the commercial and military sectors.

The years of Queen Victoria’s reign are often seen as a high point in British history, but the truth is so much more complex and fascinating. From megalomaniac industrialists to workers fighting for the vote, Dr. Nubia also unearths a society riddled with inequality and injustice.

How the Victorians Built Britain
Thursdays, January 5 through February 23, at 9pm on ThinkTV16

This 8-part series breaks down England’s Golden Age and the dawn of the Industrial Revolution, not just by its advanced infrastructure in everything from rail lines to sewage systems, but also its adding to everyone’s quality of life with travel and worker holidays.

A Flamenco dancer from Seville and a businessman from Rome accidentally bump into each other at the Prague airport – an accident that leaves them both perturbed when they can’t stop having visions of each other in the days following.

Sounds like a familiar plot from the Hallmark Channel: strangers annoy each other to no end and then can’t admit to an attraction. And this is a Walter Presents, so it has an international flair to it with beautiful locales. In Spanish and Italian with English subtitles.

Legacy List with Matt Paxton
Saturday, January 7 through February 11, at 7pm on CET

It’s the fourth season of a very useful series for empty nesters looking to make a move.

You know who you are: the kids are grown up now and that four bedroom house is looking pretty empty, but what to do with 25-30 years of all your (say it like Carl Sagan) “… cosmic STUFF?” This series will help figure out what’s worth keeping for this next stage in your life and what can go.

What you don’t want hanging around is something like this:

My mother-in-law, lived in Monroe City, Missouri, about 24 miles west of Mark Twain’s hometown of Hannibal on the Mississippi River. Her kitchen was known for what we called “Dee’s Pasta Museum.” Over the years, she collected large, heavy, clear glass jars, and filled them with pasta of all colors, shapes and sizes. They sat on top of kitchen cabinets, and there had to be two dozen jars, each weighing about 30 pounds. Her kids knew they’d be the ones who eventually had to clean them out.

They were wrong. That job fell to ME because I’m tall and was the only one who could reach them from a step stool. So it took an afternoon to load up so many trash bags and drag them out to the garage. The jars sold quickly in the house auction, but I always feared that a huge rainstorm (what many Missourians termed “a frog strangler”) would flood the garage with bags ripped apart by the ever expanding pasta that would roll down Court Street and terrorize residents. SWAT teams were powerless to stop it.

Hey, it’s one thing when the Depression-era generation kept everything (and Dee dutifully cleaned Styrofoam meat trays and stored them in the pantry until the stack was three feet high). But you don’t want to be responsible when a giant pasta monster threatens to knock over the town’s water tower, and — ironically — crush the town’s only funeral home.

Let that be a cautionary tale. Be proactive and start pairing down!

In summer, we generally favor lighter reading and lighter movies. We save the serious stuff for winter, and this is serious stuff, or let’s say cerebral stuff.

Alan Lightman is a physicist and best-selling author (The Diagnosis, Einstein’s Dreams). He shows how findings in science help us find our bearings in the cosmos. When we unearth new discoveries, what do they tell us about ourselves? What meaning do we find in them?

We follow Lightman on his journey of exploration, from prehistoric paintings in a French cave to a particle accelerator in Switzerland to the quiet of a Buddhist temple, gravitational wave observatories that first detected the collisions of black holes, and 24-hour liquor stores (okay, nix that last one, but why can’t great discoveries be made in divvy joints?).

Astrid
Sundays, January 8 through March 5, at 11pm on CET

This is a 10-parter about an autistic woman who has an incredible memory, so is exceptional in analyzing files for ongoing criminal investigations. The boss decides to utilize her skills by having her tackle complex investigations that have remain unsolved. Sarah Mortensen stars as Astrid and Lola Dewaere plays her minder, Raphaelle. In French with English subtitles. 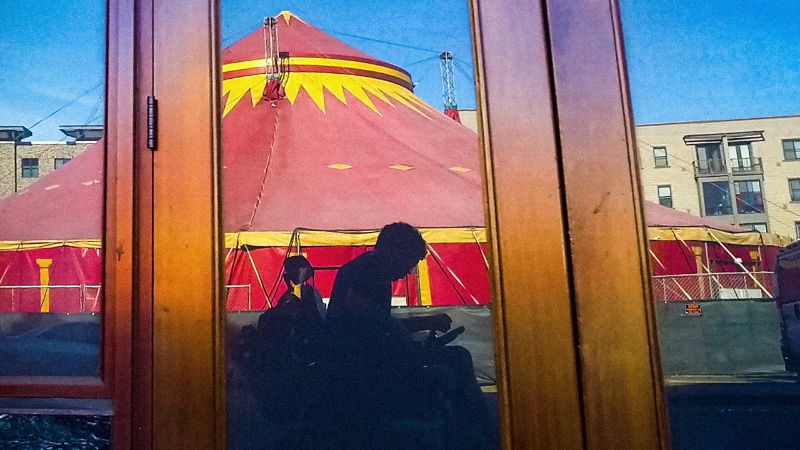 A disabled filmmaker discovers a circus tent going up outside his Oakland apartment. So if he can’t come to the mountain, let the mountain come to him. In this case, the circus allows the filmmaker to go on a meditative journey exploring the history of freakdom and being invisible… whether you’re the subject or the filmmaker confined to a wheelchair.

The Yorkshire Vet
Premieres Thursday, January 12, at 8pm on CET

A popular genre among reality shows is the kindly veterinarian who must save Pookie from its malady and send away a happy pet lover — this one follows two vets of the Skeldale Veterinary Clinic. Their clientele is all creatures great and small, literally. This clinic was once the practice of Alf Wight, better known by his pen name, James Herriot, the author of… wait for it… All Creatures Great and Small. In fact the older of the two vets, Peter Wright, was trained by Wight himself.

The practice is now in a modern facility, but still in the beautiful Yorkshire Dales. The younger vet, Julian Norton, is stuck with the more physical work, like birthing calves (warning:  many an “eeeuuuu” moment).  This will pair up with All Creature MASTERPIECE series on Sunday and Thursday nights. 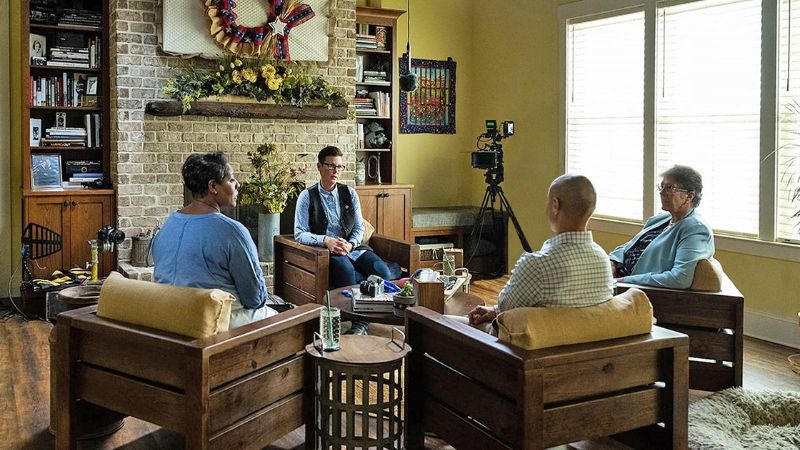 Air Force veteran Stacy Pearsall captures the raw experiences of veterans around their military training, deployment, and life “after action.” Each episode has her leading an intimate conversation about military life and the issues service personnel face. The intent here is to demystify the military experience for civilians and preserve the military stories… many of which have been untold. 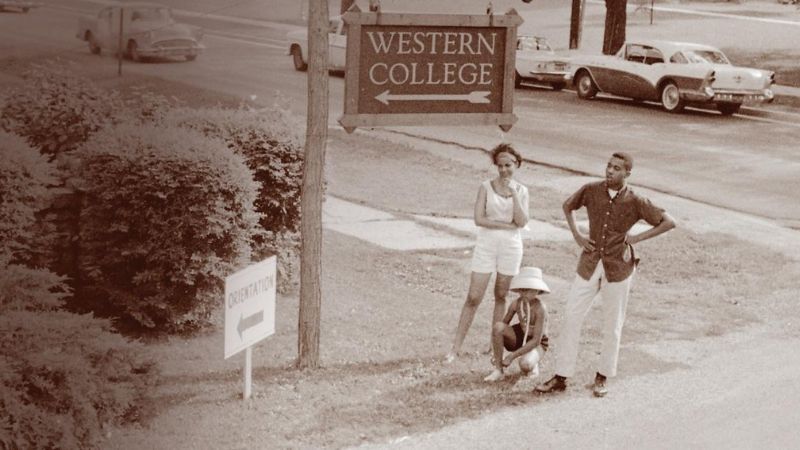 How idealistic college students and Black activist teachers came together during the Civil Rights movement in a two-week training session aimed at helping Mississippi’s African Americans how to register to vote. And much of this training took place at Miami University and nearby Western College for women in Butler County.

By 1966, that number was down to around to 2,000 because of a complicated voter registration process, not to mention intimidation. If you think some of today’s new voter laws are restrictive (like one drop off ballot box per county, whether 5,000 or 500,000 live in that county), they don’t hold a candle to how life was in the early-mid 20th century. 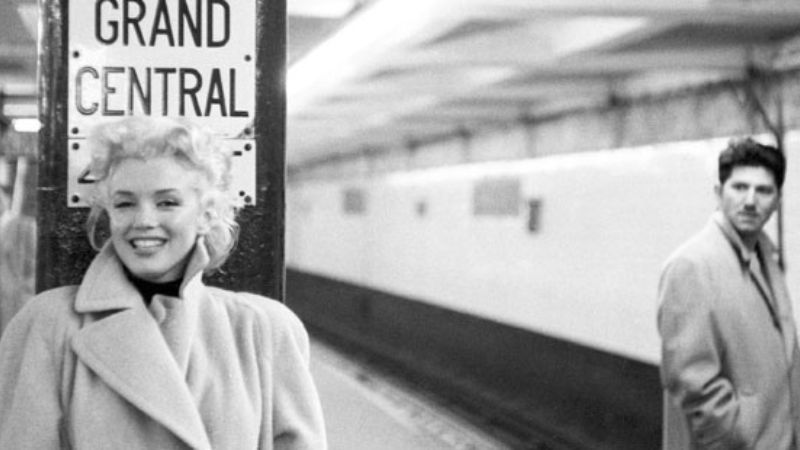 Story Of… Marilyn Monroe
Saturday, January 21, at 8pm on ThinkTV14

Some Like it Hot
Saturday, January 21, at 9pm on ThinkTV14

Story Of… is a multi-part series of Hollywood bios, and we pair up this one on Marilyn Monroe with one of her best roles ever, in what has been regarded as the greatest movie comedy ever.

Jack Lemmon and Tony Curtis co-star in Billy Wilder’s film about jazz musicians who witness the St. Valentine’s Day Massacre, then dress in drag and join an all-women’s jazz band on tour, with Ms. Monroe vamping it up as their singer.

What to Do When Someone Dies
Fridays, January 27 through February 10, at 9pm on ThinkTV14

This is a 3-part mystery from Walter Presents. A wife learns her husband has died in a car crash.  A woman was in the car with him and died as well. So who was she?  Were they having an affair?  Was it even an accident? Lots of questions and only three episodes to unearth answers.