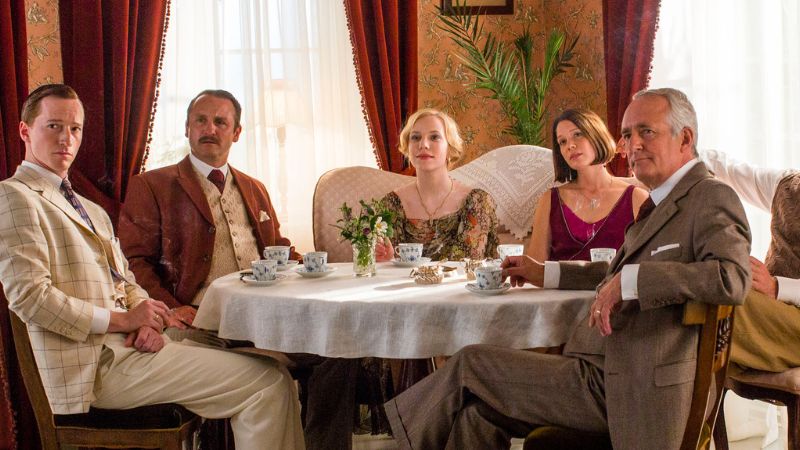 Your stations have taken to broadcasting foreign language programs with English subtitles. I find this very distressing and not up to the high standards I’ve come to expect from you. I look at you as the door that opened to a greater world, not one that is closing the door because of language issues. I feel your dip into foreign language programming may well cause you to discourage viewers from watching and drive them to offerings in English from other sources.

Well, there are two kinds of people in this world— those who watch foreign movies or TV series with subtitles… or those who prefer them dubbed in English.

Subtitles IS the preferred standard for presenting foreign language films or television programs. No self-respecting art house running foreign films would provide a dubbed version, even if one existed. The one notable film genre that proved the exception was Japanese sci-fi, where much of its audience may not have been old enough to read.

Still another exception are movies with a mixed cast. Once Upon a Time in the West had a predominantly American cast in the leading roles. But since it was shot in Italy, a number of minor roles were played by Italians, and their voices were dubbed.

Yes, for many, reading subtitles is a distraction. But who wants to hear the dubbed voice of a non-actor? With subtitles, the “window into another world” is only compromised if the viewer can’t read. And it can’t very well be a window when the expectation is that THEY speak YOUR language.

Enjoy your broadcasts of Foyle’s War.  However, we have found that the story arc is truncated.  The previews at the end of an episode never seem to occur.  As an example, “Enemy Fire,” that aired on May 27 and June 3, ends with preview scenes that do not appear in “They Fought in the Fields.”

Like Midsomer Murders, Foyle’s War are 90+ minute mysteries that were repackaged as two episodes. That’s how we air them. The difference between the two series is that Foyle’s War episodes run a bit longer, so can’t be easily squeezed into a 90 minute hole. And given a longer length, there may not even be room for “Next on…” previews. So for us, splitting the episodes is preferable, only because it’s maddening to have a single episode running 1:35- 1:38, and then insufficient room for a half-hour program.

Why is the Congressional hearing not shown live? What is more important? Disgraceful dereliction of duty to the American public.

Why have you made the decision NOT to carry the Jan 6th Committee hearings? Paul Anka instead?  What an insult to your viewers and to this community!  Please respond!
-Joanne L., Cincinnati

The January 6 hearings don’t deserve the coverage/multiple time slots it is receiving given it is not a bipartisan production. Why is PBS encouraging such programming? Will there be a rebuttal program? As you know the republicans did not select the two representatives on Pelosi’s tribunal.

We scheduled both the Thursday prime time hearings– and the weekday hearings that followed— on our World channels north and south.

Notice was posted on both the CET Connect and ThinkTV web sites 3 days before the Thursday night hearings. We’ve utilized these channels for hearings in the past, including both Trump Impeachment trials and for Supreme Court nominees.

My son is autistic and plays baseball in the Mason Challenger League for athletes with physical or mental challenges. I sit on the board of the league as the sponsorship coordinator. In 2019, our league was one of two nationwide to be selected to play in the Challenger League exhibition game at the Little League World Series in Williamsport, PA. As you can imagine, those plans were derailed a bit with the pandemic. However, we have been given the green light that it’s happening this year. The game will be played on August 27th.

WVIA in Scranton had covered these games and put out a notice to stations. We’ll air a live feed of what will presumably be the one hour highlights of this game between the Mason Youth Organization Little League and the team from San Jose, California. The 2022 Challenger Exhibition Game will air on August 27 at 10:30-11:30am on ThinkTV14.