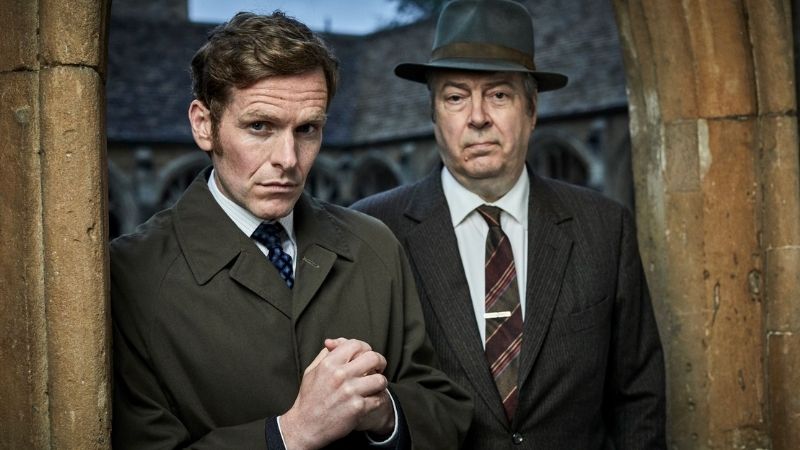 I was enthusiastically looking forward to the first episode of Ridley Road, but what a disappointment!  I could understand less than half of the dialogue because of the accents. The day before I had re-watched several earlier episodes of Downton Abbey, and I had understood every word. I will not return to Ridley Road.  And I’ll bet lots of others feel like me.
-Donald D., Oxford

I’ve seen clips of Ridley Road and didn’t notice any unintelligible accent, nor did I receive any similar viewer complaints. Our Chief Engineer, Travis Fultz, found the audio “within specs,” so maybe this is a case of what I used to call “EASTENDERS Syndrome.”

You may remember that British soap opera, popular on public television stations in the late 80s and 90s.  When we first screened it, the BBC rep told us “don’t panic if you can’t follow the Cockney accents.  You’ll develop an ear for it.” We watched, and the first half-hour WAS hard to follow.  Then sure enough, we picked it up through the next two episodes.

Yes, it’s a stereotype, but let me confess that post-war British neo-Nazis do tend to talk with rocks in their mouth. But the Crawleys of Downton Abbey?  Perfection!

Being a mystery buff, I have always thoroughly enjoyed the Endeavour series.  However, there have been two episodes that have “left me cold” because of their content, and if such continue I will discontinue watching this series.

The first involves Morse’s affair with a French photojournalist where they are in bed together and she says “Jesus, it’s just sex.”  The second is his affair with a woman he meets in Italy and she is depicted wearing a cross when in bed with Morse.

I consider such things an affront and insult to my faith.  The cross is a universal symbol of Christianity and Jesus is the God-man Savior of that faith and with Him, sex is not “just sex.”  It’s part of the “language of love” between married couples.” Sexual freedom in our secular society is pretty much a “done deal.”  There’s no getting away from it. But why on earth do you need to associate sacred religious symbols or personages with such freedoms that are not espoused by that religious faith?  It certainly isn’t necessary or prudent to do so.  I would also protest if you insulted or undermined other faiths as well, be they Jewish, Muslim, Hindu or other.
-Arlene W., Clifton

Well, if this was a basketball game, you might get whistled for a reaching foul.

Mystery buffs know the smallest details stand out for a reason: to add realism, to paint a picture, and especially to convey clues. Knowing that, is it any wonder an Italian woman wears a small crucifix around her neck? In Italy, that’s as ubiquitous as yellow cabs in Manhattan. Viewers would expect her to wear one.

Maybe religious symbols are sometimes associated with freedoms not espoused by that faith for no other reason than this: its life. People can wear them day and night, at work and play, or doing good and bad, all without being aware of it.

A French photojournalist terming a tryst as “it’s just sex”? Sounds like an independent woman who’s not seeing it in the same light of intimacy as Morse. Besides, if Jesus maintained that sex is “part of ’the language of love’ between married couples,” then Morse and this journalist should be exempt since they’re not married — at least NOT TO EACH OTHER!

Look, Endeavour is a murder mystery. We knew that going in. By participating in the whodunit, we’ve signed a mental waiver acknowledging bad things will take place: people will turn up dead, and affairs will invariably be cheap and tawdry. It IS fiction!

I’ve no idea if future Endeavour episodes will continue to display religious symbols or invoke the name of Jesus in a way not deemed reverential. I seriously doubt they scrupulously avoided them up to this point, and don’t expect any changes in their scripts or costume design unless the young Morse gets a transfer to Nepal.

I cannot find Season 10 Call the Midwife Christmas Special. Did it ever air in the US? All I have found has been “The Making Of: The Call the Midwife” on YouTube.
-Martha S., Montgomery

The Christmas Specials are identified by the year they aired in the U.S., not the season of episodes they preceded.

The Holiday Special that preceded Call the Midwife Season 10?  That was the 2020 Special, airing on December 25, 2020. But because of COVID, the 10th season was delayed several months, finally airing October through November of 2021.

The 2021 Call the Midwife Christmas Special aired December 25, 2021. The 11th season aired this past March.

Is there a way I can send a link for Earth Emergency to my statehouse representatives so they can watch it? This show describes climate feedback loops with great clarity. Our decision-makers need to understand what’s going on.
-Ruth H., Forestville

Earth Emergency is a thought-provoking documentary that PBS scheduled between Christmas and New Year’s Day (TV viewing then was as empty as Times Square on New Year’s morning).  It dealt with something called “climate feedback loops” which is apparently exacerbating existing warming problems.

Members can likely catch it on Passport. Anyone can look at any or all of it here: https://www.pbs.org/show/earth-emergency/.