There are millions of stories that make up our region because there are millions of people. Long Story Short is a new half-hour human interest program, produced by the multi-Emmy winning team at Cincy Stories, featuring short documentaries focused on the many people who call the Cincinnati and Dayton region home. The stories featured are from a variety of backgrounds, perspectives and life experiences, because stories break down walls that divide us and build bridges in their place. Long Story Short aims to build empathy and understanding across divides throughout our cities, as well as amplify and empower the unique characters that make up our region.

Each episode of this series will feature thematic ties to wide ranging stories that touch us all. The truth is, every neighborhood, every block and every town in our region has a narrative the rest of the region tells about them. It might be that they are wealthy or working class or inner city or hip or dangerous or any number of other descriptors, but the truth is deeper than that. Every one of these places is made up of real, lived experiences by the residents of that community. This series will look at uncovering those experiences in humanistic, empathic way. Everyone has a story and everyone’s story deserves to be heard. Watch and listen to the stories of your neighbors! 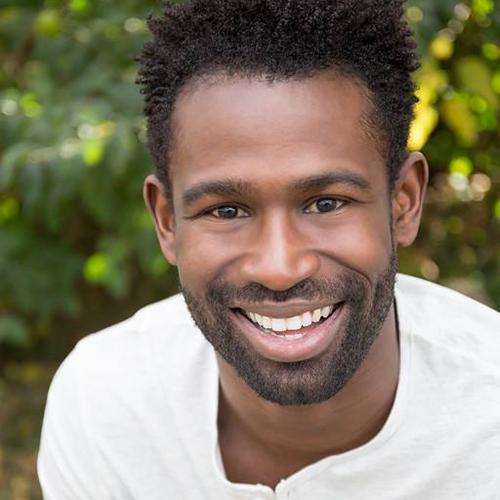 Darnell Pierre Benjamin has been a professional performing artist, creative, and activist for about 15 years, now. He attended UL Lafayette, and earned a BFA in Performing Arts. Following undergrad, Darnell attended University of Houston, and earned his MFA in its Professional Actor Training Program, in 2009. Since then, Darnell has become a resident ensemble member with Cincinnati Shakespeare Company, working as a performer, director, choreographer, and educator. He also serves on the boards of Pones, Treehouse Cincinnati, and, most recently, Caracole-all organizations that support causes connected to social issues. In addition, he helps develop and expand young minds in the theatre and dance departments at Northern Kentucky University and College-Conservatory of Music. Darnell’s work lives at the intersection of art and activism, which can be experienced in his recent film, “13th & Republic”, an interactive radical operatic dance film, that released December 2020. 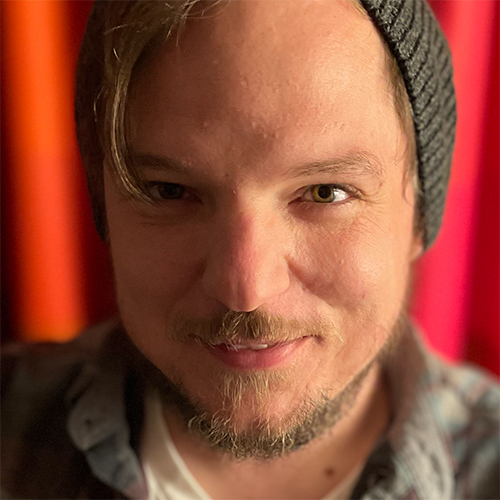 Growing up in a trailer park in Goshen, Ohio, Shawn used stories to feel connected to a world bigger than himself. He studied English Literature and Theology in his undergrad and has lived numerous lives as a journalist, a pastor, a teacher and now, through the work he does through Cincy Stories: a storyteller and filmmaker. Or better yet, a story sharer. Shawn is co-founder and Executive Director of Cincy Stories, a non-profit dedicated to building community through story. He co-leads a team of people to host events, engage communities and craft award winning documentaries throughout our region. 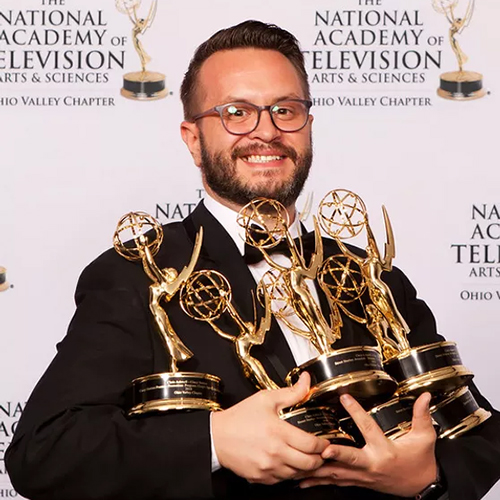 Chris Ashwell grew up in what seemed then like far away Mason, Ohio, mostly experiencing Cincinnati through the lens of baseball games and museum field trips. After moving around to various parts of the country, he settled in the Cincinnati neighborhood of Walnut Hills. While working in restaurant management he had a revelation to quit his job (several jobs in fact before it stuck) and pursue what truly made him happy. For him that meant dedicating himself to the arts of filmmaking, audio production, design and above all storytelling. While he knew he wanted to focus on documentary as an art, he had no idea where that desire would lead. After connecting with Shawn, and co-founding Cincy Stories, Chris realized how his love of true stories could be utilized in practical ways to improve our city. A few short documentaries about local residents turned into large a scale multi-media project and that turned into multiple large scale projects, a weekly radio show and a much happier and fulfilled Chris. Now, in addition to his passion for all things storytelling, he has a new passion for giving a voice to those whose experiences are often overlooked in his community and for creating new ways to activate those stories for real change. His work with Cincy Stories has gained him nine Emmy Awards from the Academy of Television Arts and Sciences.