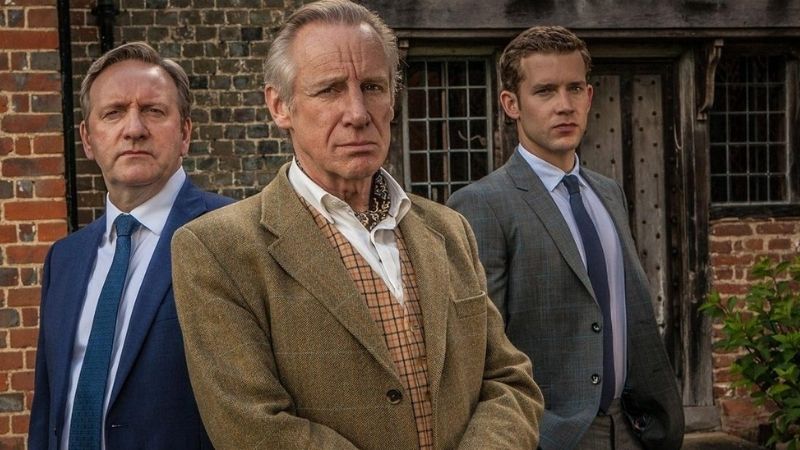 Around the World in 80 Days on MASTERPIECE, is there a way to pick up episodes 1 and 2?
-Beverly Kinney, Dayton

Go to the schedule on our website (www.thinktv.org), click on the Sunday show in the grid, and a drop-down menu will display all repeat times and channels. Beyond five days, the episodes may air weeks later on 14.1, usually Tuesday nights. The easy fix is the Passport streaming service where members and can stream MASTERPIECE episodes at their convenience. For membership info, contact Kristine at 937-220-1658.

Fons & Porter’s Love of Quilting. I do not see this in the channel listings. Would you consider adding this to the program lineup?
-Diane M., Oakwood

We considered it over 20 years ago and it’s been airing ever since. Love of Quilting airs 9 times weekly on five of our channels…

In short, you can’t swing a Jenny Dolan Quilt around without hitting Marianne Fons and Liz Porter, at least in the Dayton/Cincinnati area!

Midsomer Murders always starts a couple of minutes before 9pm on Ch. 14. Why? If I am watching a program on another channel, and then switch over, I will sometimes miss the beginning of the show and the murder!!! Not happy about that!
-Vicki W., Englewood

Midsomer Murders are two-part mysteries. We started out years ago airing them consecutive weeks, but many viewers complained that they’d miss one episode or the other. They were also “short” hours. That is, each episode could be anywhere from 41-48 minutes. So we decided to pair them, allowing for viewers to watch both chapters in one evening.

But the problem was that the episodes had varying lengths, and many times they combined to exceed 90 minutes. So, we back-time episodes so that part 2 would end as close to 10:30pm as possible. Part 1 would then air as close to part 2 as possible, and the opening chapter would start at 9pm, or perhaps a minute or two earlier. Still, with opening credits and a setup meant that no one was getting whacked before 9pm (to use an American vulgarity). Viewers have become attuned to this, so slide over early to ThinkTV14, or record the preceding show as well as Midsomer so that they don’t miss anything.

Much has changed in time this series has aired. So many cable and pay channels air odd-length programs, and like the BBC for decades, they think nothing of starting a program at some odd time. The practice of being able to set your watch by a show starting on the hour or half-hour has become an endangered species.

I have a friend who owns a business and has been approached by this company below with promise to have their piece aired on Public Television. It reminds me of that other company years ago that used Martin Sheen and others in those pay-to-play pieces.
-Dorothy L., St. Paris

Thanks for the heads up. There is an outfit out of Florida that has charged businesses tens of thousands of dollars to produce a video profile of their business with claims that this 4-5 minute piece would air on public stations and cable channels nationwide. They’re known for enlisting celebrities (including Dayton’s own Martin Sheen and Rob Lowe) to provide generic introductions to these profiles with talk of emerging companies in the fields of health, technology, etc.

The latest incarnation is titled Viewpoint with Dennis Quad. I can’t speak for cable channels, but as far as I know, no public television stations air these “fillers” since pay-for-play content would violate PBS guidelines. A few years back, I did receive a call from a local group of medical professionals who wanted to know when we would run their profile. I had to tell them that their $25,000 only got them a video piece to run in their waiting room.