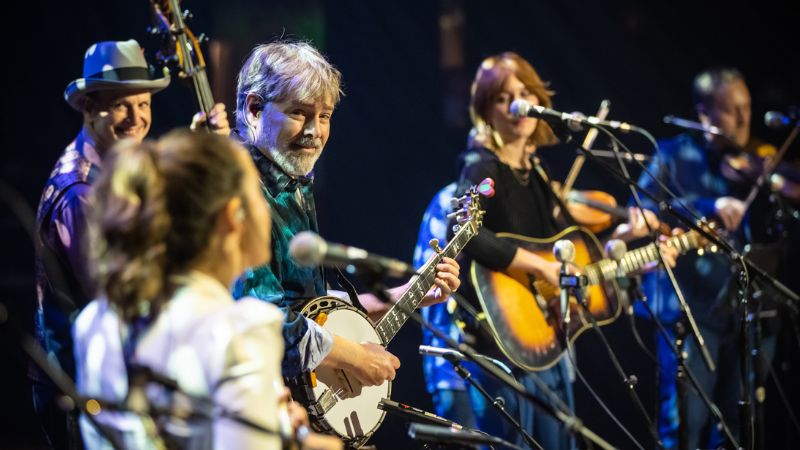 For his new concert special, Béla Fleck and an all-star lineup of the most-acclaimed artists in bluegrass gather for a historic night at the Ryman Auditorium in Nashville, Tennessee. Performing from his GRAMMY®-winning album My Bluegrass Heart, this show is an extraordinary moment in music that brings together legendary instrumentalists in bluegrass, alongside some of the best of the new generation of players: Sam Bush and Sierra Hull; fiddlers Michael Cleveland and Stuart Duncan; multi-instrumentalist Justin Moses; dobro master Jerry Douglas; bassists Edgar Meyer and Mark Schatz; guest banjoist Tony Trischka, and Billy Strings, Bryan Sutton and Molly Tuttle on guitars.

Over the last four decades, Béla Fleck has boldly gone where no banjo player has gone before, a musical journey that has earned him 16 GRAMMY® Awards in nine different genres, including country, pop, jazz, instrumental, classical and world music. But his roots are in bluegrass, and that’s where he returns with My Bluegrass Heart, his first bluegrass project in 24 years.