New Documentary Explores the History – and Future – of Gene Research 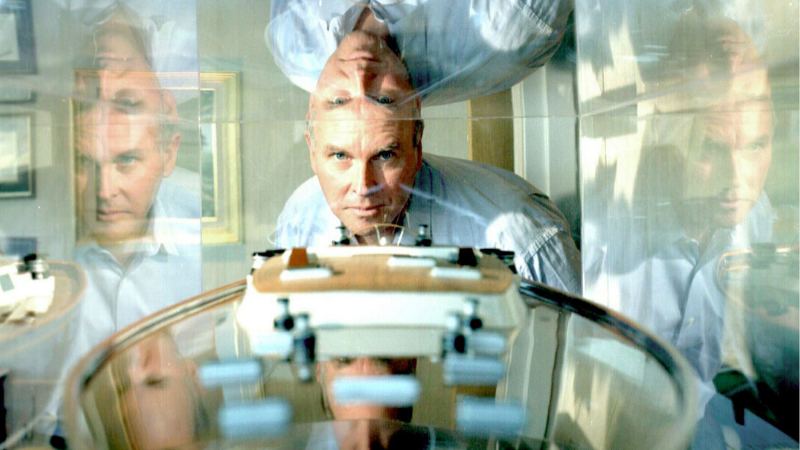 Ken Burns Presents The Gene: An Intimate History is coming to CET and ThinkTV starting this Tuesday! The Gene, a two-part, four-hour documentary, weaves together science, history and personal stories for a historical biography of the human genome, while also exploring breakthroughs for diagnosis and treatment of genetic diseases and the complex ethical questions they raise.

The film airs at a critical moment for the scientific community, as geneticists around the world wrestle with the ethical implications of new technologies that offer both promise and peril. The Gene is based on the Pulitzer Prize-winning author Dr. Siddhartha Mukherjee’s book of the same name. Part one will air this Tuesday, April 7, at 8pm and part two will air on Tuesday, April 14, at 8pm on CET and ThinkTV16.

This new documentary includes interviews with pioneers in the field including doctors Paul Berg, Francis Collins, Jennifer Doudna, Shirley Tilghman, James Watson, Nancy Wexler and Mukherjee himself. Like other Burns projects, The Gene uses historical footage, including Rosalind Franklin’s Photograph 51 from 1952, to track the journey of human genetics. Beginning with the remarkable achievements of the earliest gene hunters and their attempts to understand the nature of heredity, the film traces the history of genetics from Gregor Mendel’s pea plant studies in the 19th Century and Watson’s and Crick’s discovery in 1953 of the structure of DNA to the efforts by Sydney Brenner and Marshall Nirenberg, among others, to understand how the genetic code is translated in human cells. As The Gene, introduces us to the scientists solving these great mysteries, the film also examines the insidious rise of eugenics, which bore horrific results in the United States, Europe and, in particular, in Nazi Germany.

The Gene also juxtaposes this dynamic history with compelling, emotional stories of contemporary patients and their families who find themselves in a desperate race against time to find cures for their genetic diseases. The film follows the inspiring, heart-wrenching journeys of people such as Audrey Winkelsas, a young scientist born with Spinal Muscular Atrophy researching a treatment for her own condition, and Luke Rosen and Sally Jackson, parents on a tireless quest to raise awareness for their daughter’s rare degenerative disease. Hopes rise and fall with new discoveries and setbacks, revealing how intimate and profoundly personal this science can be for families affected by genetic diseases. “The Gene explores the ultimate mystery story — it unpacks the once-impenetrable science of what makes us who we are,” senior producer Barak Goodman said in a press release. “This is a moment for the general public and the scientific community to engage in a national conversation about the thrilling future of genetics and the ethical challenges posed by new science.”