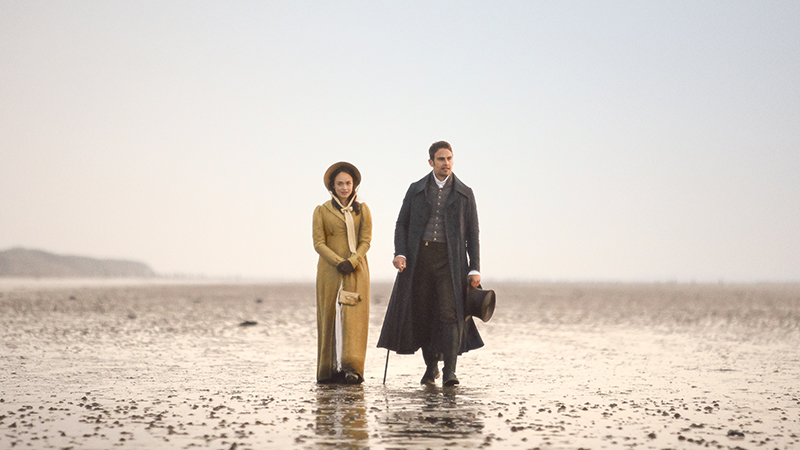 Howard’s End and Sanditon are premiering this coming Sunday on CET and ThinkTV16 and Vienna Blood is starting soon as well. Here’s the scoop on these three new shows:

Airs Sunday, January 12, through Sunday, February 2, at 8pm on CET and ThinkTV16

Mondays, January 13, through Sunday, February 3, at 8pm on CET Arts

Meanwhile Margaret’s passionate and capricious younger sister Helen Schlegel (Philippa Coulthard) takes up the cause of Leonard Bast (Joseph Quinn), a young bank clerk who falls on hard times at work and at home with his partner Jacky (Rosalind Eleazar). In the absence of their late parents, the sisters’ loving but interfering Aunt Juley (Tracey Ullman) tries to keep the young ladies and their brother Tibby (Alex Lawther) on the straight and narrow.

Airs Sunday, January 12, through Sunday, February 23, at 9pm on CET and ThinkTV16

Jane Austen was chronically ill with a mysterious disease in early 1817, when she turned her thoughts to a happier subject. She started work on a witty and delightful novel set in a seaside town. She never finished it. Now, noted screenwriter Andrew Davies (Pride and Prejudice, Les Misérables, Primetime Emmy® winner for Little Dorrit) picks up Austen’s plot and takes it in a glorious and satisfying direction, on Sanditon.

The storyline, as Austen left it in 11 beautifully crafted chapters, is as follows: Tom Parker (Marshall) is obsessed with turning the sleepy seaside village of Sanditon into a fashionable health resort, and he enlists the backing of local bigwig Lady Denham (Reid). Through a mishap, Tom makes the acquaintance of the Heywoods and invites their eldest daughter, Charlotte (Williams), for an extended stay at Sanditon. There, the sensible Charlotte observes hypochondria, avarice and attempted seduction run amok. Lady Denham, a widow, is playing matchmaker for her destitute nephew, Sir Edward (Fox), who is determined to seduce Lady Denham’s ward, Clara (Sacofsky). The arrival of wealthy, mixed-race heiress Miss Lambe (Clarke), under the protection of Tom’s upright brother Sidney (James), adds an interesting complication. Eligible men naturally find Miss Lambe fascinating, while Charlotte is intrigued by Sidney…

With many promising loose ends and romantic possibilities, how will the young people pair off? Who will Lady Denham designate as her heir? Will Tom’s tourist spa finally catch on with the public? Where will that lead? Andrew Davies imaginatively enters this world of Georgian-era suitors, hustlers, and health cranks and boldly tells us what happens next.

In the 1900s, Vienna was a hotbed of philosophy, science and art, where cultures and ideas are espoused in the city’s grand cafes and opera houses. Yet beneath the genteel glamour, nationalism and anti-Semitism are on the rise.

Max Liebermann is a brilliant young English-born Jewish student of the controversial psychoanalyst Sigmund Freud. Eager to study actual criminal activity, he is paired with the skeptical Detective Inspector Oskar Rheinhardt, who is struggling to solve a series of particularly gruesome murders. Between Max’s extraordinary understanding of human behavior and deviance, and Oscar’s practical experience, the two become an unlikely detective duo, called on to solve Vienna’s most baffling cases.

Vienna Blood is based on the best-selling novels by Frank with acclaimed screenwriter Steve Thompson (Sherlock, Deep State, Jericho).

Looking for the new season of Victoria? Don’t worry! There will be at least another season, but it won’t air until at least later this year.