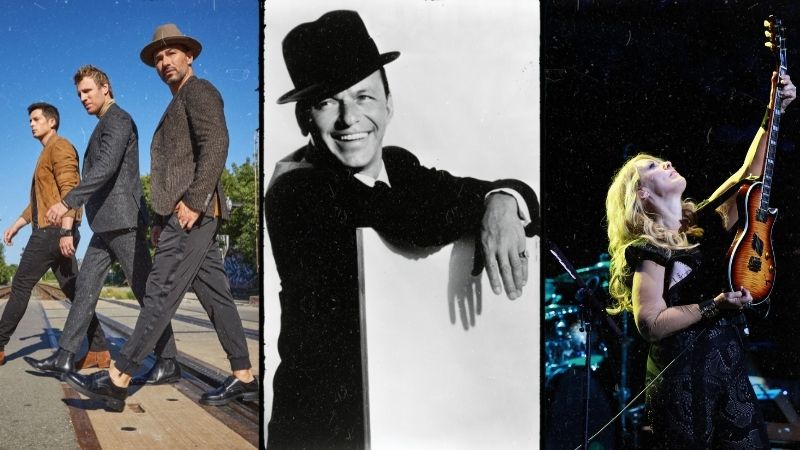 We have some exciting membership specials coming to your screens this holiday season! From the thrilling performance feature Heart: Live at Albert Hall to the heartwarming family special The Dean Martin and the Frank Sinatra Family Christmas Show, there is something for everyone. Learn more about the shows and when they air below:

Celebrate the band’s first-ever live performance at London’s most famous venue. Recorded in 2016 and accompanied by the Royal Philharmonic Orchestra, sisters Ann and Nancy Wilson and their band rock the house to the rafters with hits and fan favorites. Learn more.

Grab a front-row seat at Myron’s in Las Vegas for an intimate evening of music and stories from the world-famous trio. Includes classic songs that have influenced them, from Broadway to the Beatles, as well as a few of their newest originals. Learn more.

Join Dean Martin, Frank Sinatra and their families for this joyful holiday special filmed in 1967. Songs include “I’ll Be Home for Christmas,” ”Have Yourself a Merry Little Christmas,” “Silent Night” and many more. Learn more.

Join the Grammy-nominated ensemble on a musical journey through stunning land and seascapes around Ireland. Shot in 14 locations on the island, the new special is filled with songs from their latest album, including “The Dawning of the Day.” Learn more.

Great Performances presents a special encore of Natalie Cole’s Emmy-winning concert of her GRAMMY-winning album in this special. Featuring classics such as “Mona Lisa,” “The Very Thought of You” and “For Sentimental Reasons,” the concert also features a special performance of Nat King Cole’s signature song, “Unforgettable,” sung as a duet by the singer and her father, accompanied by his televised image. Learn more.

These specials along with our regular programming is made possible by the support of viewers like you. If you enjoy our programming and would like to give back to your local PBS station this holiday season please do so online at https://ThinkTV.secureallegiance.com/wptd/WebModule/Donate.aspx?P=WEBMAINT&PAGETYPE=PLG&CHECK=lMYXvpDIkCENlp513wGkP23L5BYddGq6PVAl6UEf65g%3d.