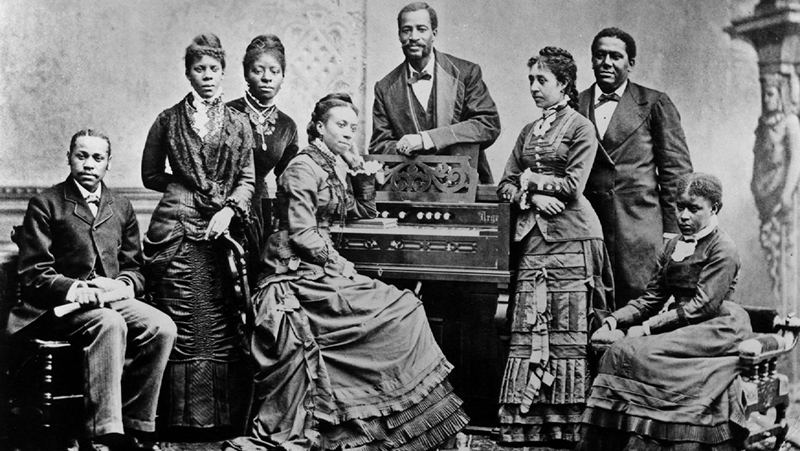 From documentaries and historical profiles to mysteries, dramas and cooking shows, November has a lot to offer. Check out our sleeper picks from Chief Programming Officer Jim Wiener:

Where Miss Fisher is a detective who is all about glamour and several costume changes per episode, Frankie Drake is a female detective who’s not afraid to mix it up a bit – and even shoot a gun. Set in Toronto of the 1920’s, Drake has her own agency – and stop me if you’ve heard this before – takes on the cases that the police don’t want to touch. Does she rarely play by the rules as well? Drake (Lauren Lee Smith of Shape Of Water) and her partner Trudy (Chantel Riley of Race, Assassin’s Creed) have a fearless sense of adventure that gets them in doors and in trouble. It’s a great-looking series and the two are very likeable.

Yoshiki is the Richard Clayderman of this era. Both are pianists who have proven phenomenally successful outside the U.S., but are pretty much unknown within our borders (though Clayderman became a cult figure with late night commercials for his records). Yoshiki was principally successful as co-founder of a Japanese rock band where he played both piano and drums… then gravitated into classical music (on piano, of course. Classical drumming hasn’t really caught on). Here he performs with the Tokyo Philharmonic at Carnegie Hall in January 2017.

Sundays, November 3 through November 24, at 1pm on CET

Four-part series on native tribes in North America. Movie director Chris Eyre (SMOKE SIGNALS, EDGE OF AMERICA) introduces us to the Pacific Northwest where rivers proved the highways for trade and fresh water grocery stores for thousands of years. Chapter two has Eyre talking to Alaska’s natives dealing with diminishing natural resources. Chapter 3 finds actress Stacey Thunder around the Great Lakes where creation stories describe Turtle Island, namely the world on the back of a turtle shell. The closing chapter has actor Moses Brings Plenty (REVENANT) in Oklahoma, home to 39 federally recognized tribes.

Mondays, November 4 and November 11, on ThinkTV16

We love our restoration stories, something bigger and more ambitious than a mere THIS OLD HOUSE. We covered the remaking of Cincinnati’s 130+ year old Music Hall, and next summer will see our first chapter in the restoration of the Dayton Arcade. Now we have a two-parter on the remodeling of London’s iconic clock with the chimes that are decidedly basso profondo. Anna Keay, Director of Landmark Trust, takes us behind the scenes with the architects and clock-makers given the monumental task of refitting Ben for the 21st century.

Filmmaker Elena Miliaresis travels to Twentynine Palms, a Marine Corps base in the Mojave Desert, to meet two wives on the eve of their husbands’ deployment to Iraq. Shot over six years, this follows families waiting at home for a loved one in a military operation forgotten by many over time.

What The Durrells Did Next: A Masterpiece Special

Sometimes you watch a movie and love it so much that you have to watch all the extras to enjoy the making of, or the behind-the-scenes production or the history behind this fictionalized account. After the last six episodes of Durrells, this fits the bill. Keely Hawes (Louisa) hosts this look at the true story behind the family’s fortunes and how their stay on Corfu shaped each of their lives.

The story of Native Americans in the U.S. military – including how a very high number have chosen to serve – and their stories of service and courage.

This special airs just days before co-hosts Bridget Lancaster and Julia Colin Davison arrive in Cincinnati and Dayton for a visit. This special provides a countdown to the series’ 20 most popular recipes, how it has become the most popular cooking series on public television, and the usual out takes and practical jokes. Now Christopher Kimball was the series host for the first 16 of these 20 years, but since he departed over a contract dispute and set up his own cooking series (Milk Street Station), I’m guessing his visibility here will range from sparse to invisible. Meanwhile Julia and Bridget have fun together along with their culinary mainstays such as Jack Bishop and Adam Ried.

It all started soon after the Civil War with students at Fisk University in Nashville who were freed slaves. Fisk could barely stay afloat financially, so they collected many of the best singers on campus, formed a group and had them on a fundraising tour up north. The Jubilee Singers received critical recognition, but not much money. A concert at Oberlin College (about 33 miles southwest of Cleveland) for a national ministers’ convention helped break the ice. The Fisk Singers were in demand — not just across the country, but in Europe as well. After nearly seven grueling years on the road, they returned home to a now thriving college.