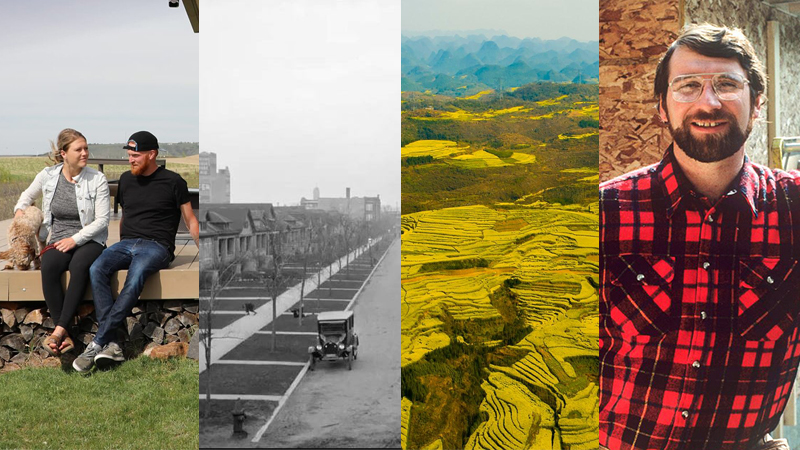 Wondering what Chief Programming Officer Jim Wiener is excited to see this month? Here’s what he’ll be watching, streaming and DVR-ing:

Attachments of Life
Sunday, October 2, at 3:30pm on CET 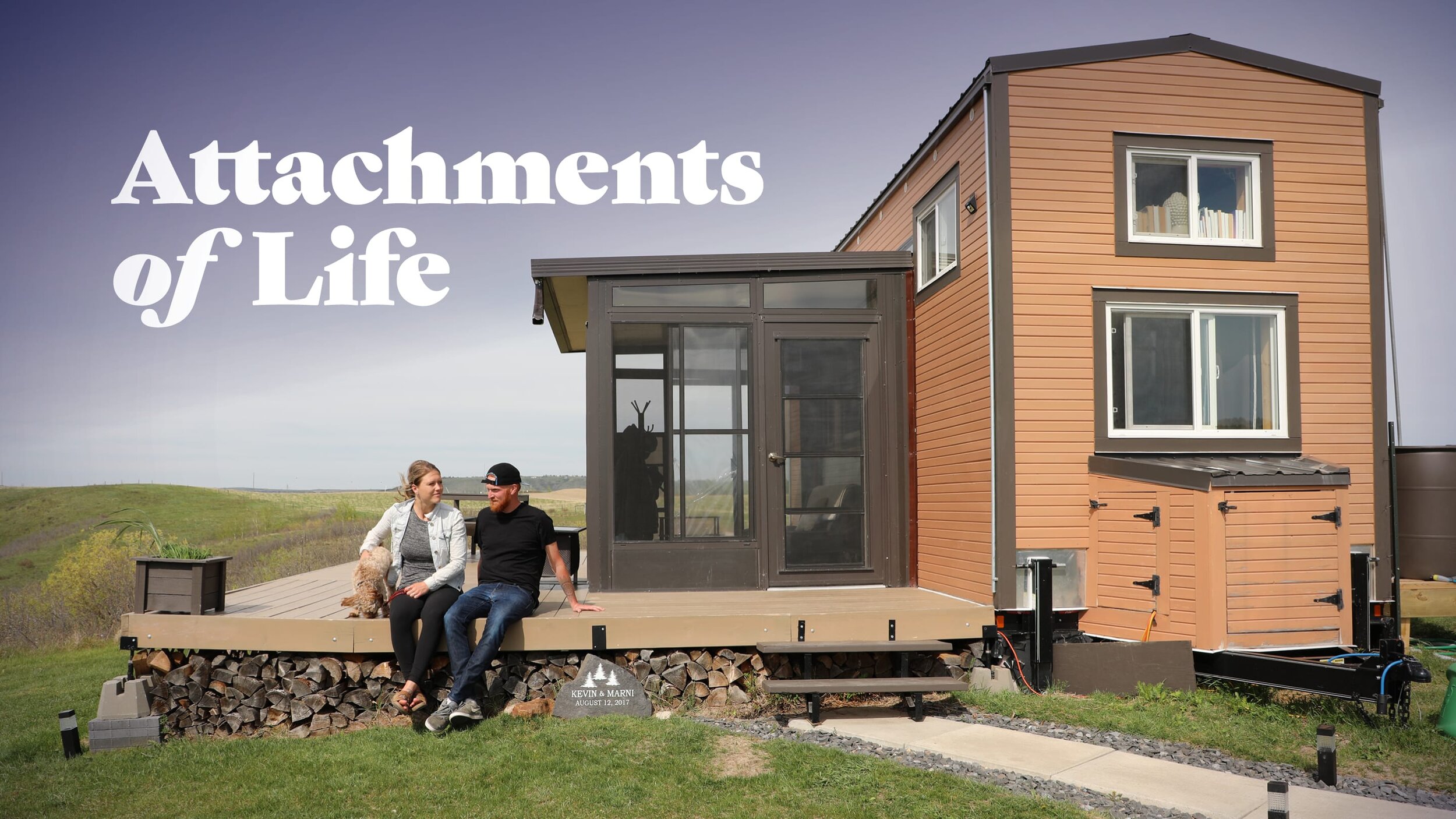 This program is a short essay on how our belongings alter our lives. If nothing else, it looks back more than 20 years and takes stock of how many storage rental units existed. There may be more of them now than coffee places including Starbuck’s franchises.

Here we follow five people with distinctive relationships with their possessions:

A collector of classic cars

A senior with hoarding disorder

Minimalists living in a tiny house

A woman who lost her possessions.

And if this proves food for thought, discover Legacy List with Matt Paxton, a weekly series airing Saturdays at 3pm on ThinkTV and 7pm on CET.

There are many versions of this classic Jane Austen tale. This is the one with a 35-year-old Colin Firth as Mr. Darcy. Need I say more? This six-part series runs two consecutive Sundays on October 2 and 9 and then will be back for its final four episodes on October 23. There is a Miss Scarlet and the Duke marathon on October 16. 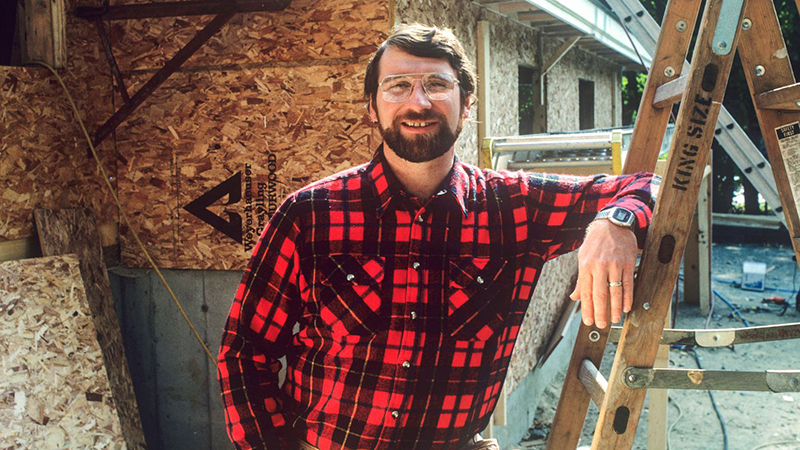 Norm Abram was truly the pioneer of the tv home improvement genre. He started out in this little series called, This Old House. Norm was the master carpenter while Bob Vila was the host. Norm has been on the job for some 43 years, both on This Old House and on his own New Yankee Workshop, and he’s finally hanging up the tool belt. He’ll turn 73 on the day of this premiere, Happy Birthday, Norm! Tune-in for thoughts from his fellow craftsmen, production crew, and celebrities. Some say his red flannel shirt is almost as much a trademark as Fred Rogers red cardigan sweater. Happy trails, Norm!

Over several decades, Rick Steves has not only seen, and shared the sights of Europe, but he’s spent plenty of hours in the continent’s greatest art museums. Now he’s undertaken an ambitious survey of Europe’s art history. We start with the Stone Age to Ancient Greece, ancient Rome, the Middle Ages, Renaissance, the Baroque period, and finally the Modern Age.

Corrigan has fashioned interviews with a cast of truly intriguing people. Each half-hour brings you up close with a different guest. Interviews for her fourth season have yet to be revealed, but if history is any indicator, they won’t disappoint! Past seasons have included the likes of comedian Lilly Singh, activist/author Anthony Ray Hinton, broadcaster Robin Roberts, actress Anna Deavere Smith and filmmaker Judd Apatow.

The second season of this new and popular mystery series arrives on October 16, but first we’ll have a marathon of season one! Miss Scarlet inherited her father’s detective agency, and helped him out enough that she was convinced she could take his place. Now a woman in this particular field was a rarity, especially in 19th century England. And it took her the entirety of season 1 to get her sea legs, with help from more experienced hands. Binge watch the story before the new season starts on October 16. 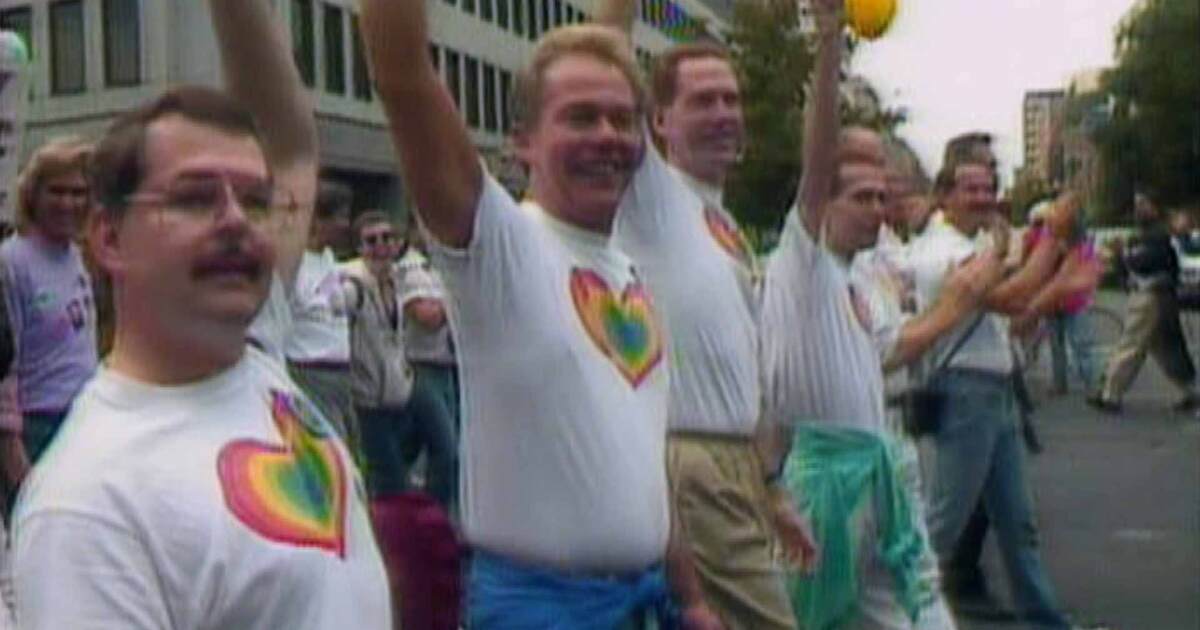 Remember all the hoopla when comedian Ellen DeGeneres used her sitcom to “come out” in 1997? Some viewed it as a Hollywood publicity stunt. But others saw it as an act of courage that helped others do the same. Coming Out is a history of public gay identity in the Lesbian, Gay, Bisexual, Transgender (LGBT) community from the 1950’s to today. Public tv watchers know how bad the 1950’s were for gays in another documentary titled Committee, seen here last June. This was an account of how a little-known investigative committee of the Florida state legislature aimed to root out both Communist and homosexual teachers and students from state universities. More than 200 suspected citizens were either fired or expelled over a ten year span. Ellen DeGeneres wasn’t the first public figure to “come out,” but she may have provided a tipping point for many others to do the same.

Coming Out, narrated by Jazz Jennings, is a one-hour documentary exploring the history of public gay identity in the LGBT community from the 1050s through today. Dive into these inspiring talks that give insight into the political and personal changes that shape the modern LGBTQ movement. Watch and listen as stories and experiences of “coming out” are compared and contrasted with those across history such as the McCarthy era, Civil Rights and AIDS eras.

Scotland’s Scenic Railways
Wednesdays, October 12 to 26, at 8pm on ThinkTV14

Ladies and gentlemen if you haven’t already, it’s time to start your bucket lists! Travel the length and breadth of Scotland’s dramatic landscapes, and meet more of the train crews, engineers and volunteers who keep both the modern and classic steam railways running. In the queue are the Strathspey Heritage Steam Railway, the spectacular West Highland Line, the Highland Mainline from Inverness to Perth, the Edinburgh Waverly to Aberdeen. All-Aboard!

Martin Clunes: Islands of the Pacific
Wednesdays, October 12 to 26, at 9pm on ThinkTV14

We may not be able to air new seasons of Doc Martin, but we can still see actor Martin Clunes on his travel adventures, this time to the “Real Pacific,” not the Conde Nast-endorsed resort hotels (though who would complain?), but the vibrant culture and stories of people he meets along the way. Martin swims with sharks, meets a tribe, and climbs one of the world’s most active volcanoes. Just remember your SPF 50, Martin!

A Life From Above
Sundays, October 16 to November 6, at 6pm on CET 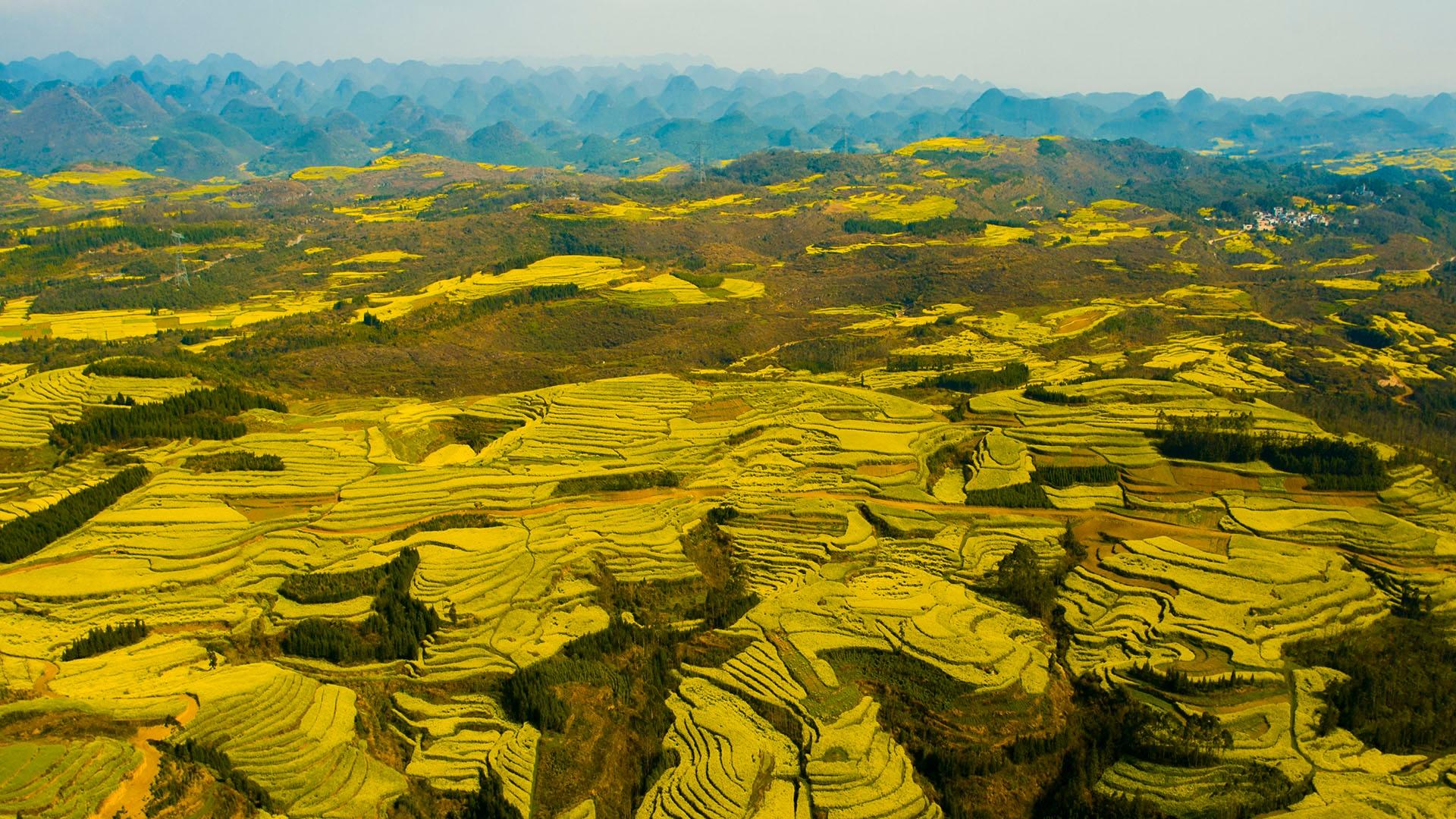 Take a spectacular view of the Earth like you’ve never seen it before, from space! Discover a whole new perspective on the world we live in, from an elephant family’s struggle through drought, thousands of Shaolin Kung-fu students performing in synchronicity, swirls of turquoise phytoplankton and the Australian Outback covered in pale spot thanks to digging wombats. Up close & personal is great, but there’s a whole new perspective when viewing life from such a distance.

Surveillance cameras capturing elderly Asian-Americans assaulted at bus stops was bad enough. But the mass shootings at three spas in Atlanta in March of last year became a critical moment of racial reckoning that shed light on the struggles and achievements of Asian-American Pacific Islanders (AAPI) communities.

When Socialist author Upton Sinclair (“The Jungle,” “King Coal,” “The Flivver King”) won the Democratic Primary for California Governor in 1934, it sparked Hollywood’s plunge into politics. This documentary explores how Sinclair’s End Poverty in California movement was destroyed by powerful political forces as well as big business. MGM producer Irving Thalberg created some of the first “attack ads” to appear on neighborhood movie screens. They were a forerunner of today’s media-based politics.

In my opinion, and with apologies to Ray Brown, Charles Mingus, Carol Kaye and Jaco Pastorius, it’s Ron Carter. Greatest jazz bassist ever. He’s certainly the most recorded jazz bass player ever with over 2,000 albums to his credit. Many of the jazz greats took turns cutting an album with their name on the marquee, and would then seek out their jazz great compadres to back them up. Carter did cut many of his own albums, but was one the most sought after musician of his generation. And while many jazz bass players eventually migrated to electric bass guitars, Carter had but a brief fling with them before returning to his double bass. 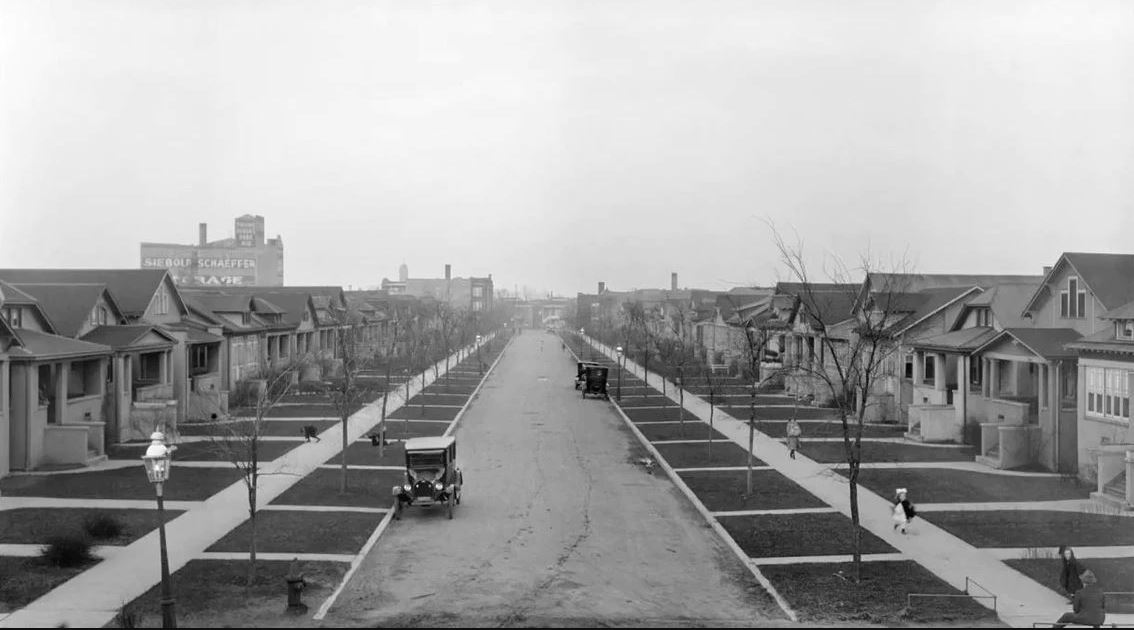 Our locally-produced documentary has been distributed to public tv stations nationwide, and they’ll start airing it this month. The show title makes you wonder why people in other cities would care about this being set in Dayton & Springfield? The answer is that it deals with an issue that plagues most cities to a greater or lesser extent. All across the country, people will watch this history and say aloud their comparable comparisons.

“Oh, their Oakwood is Walnut Acres.”

“Their west side is our south side.”

“That foreclosure reminded me of the Sandovals.”

“Yep, everybody here was moving out around that time.”

“The Hendersons had that same problem with that loan rejection.”

And all of it took shape with color coded maps done up by the federal government. Most any American city of any size had one done, and it was all shorthand for loan officers and real estate developers as to which neighborhoods had a bright future, and which were liabilities. And much of that never really changed over 80 years of time.

The Day of the Dead is a Mexican holiday, usually associated with Halloween and All Saints Day. Families gather to pay respects to dearly departed family members and friends, and maybe even go out to tidy up and decorate their grave sites. It is cast as a holiday of celebration rather than mourning. Remember the funny events and stories of those no longer with us.

Submitted for your approval: a “Life Meets Art” sandwich!

The top and bottom bun profile William Randolph Hearst, America’s first media tycoon. The meat in the middle is Orson Welles’ not too subtle tale of a media tycoon whose life resembled Hearst’s, minus the happy childhood with “Rosebud.”