Our Time, Our Place: An Update on the Dayton Arcade Documentary

Home » Blog » Our Time, Our Place: An Update on the Dayton Arcade Documentary 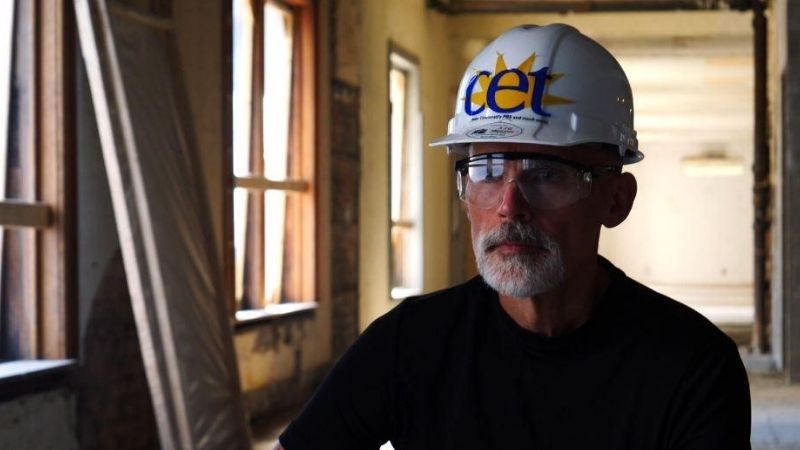 Great victories are rarely swift and painless. A successful campaign is often the culmination of battles waged over long periods. In Dayton’s fight to revitalize, victories have been won – the Schuster Center, the Riverscape, Fifth Third Field, the Second Street Market, the new Main Library, Levitt Pavilion and a rapidly expanding slate of attractive housing options have changed the face of Dayton. In the future, the community will point to a particular moment when the tide turned — when the momentum became unbreakable — a tipping point. The Dayton Arcade is poised to be the project that changes everything and we are thrilled to be able to film the process for our upcoming documentary, Dayton Arcade: Waking the Giant, airing this November.

Like any engaging story, this one is multi-dimensional – it’s comprised of many different stories. There are strong elements of history, finance, and urban revitalization set against the drama of an architectural metamorphosis. The Arcade project is important for two reasons: It’s the restoration of a cultural landmark and the development of a robust economic engine. We’ll tell the nuts and bolts story of the Arcades’ rehabilitation – documenting the critical phases of construction on our upcoming three-part documentary. Read lead producer Richard Wonderling’s thoughts and updates on the film series here:

“Sixteen months ago, I walked in darkness – sidestepping debris, peering around corners and wishing I had put new batteries in my flashlight. I was exploring the Dayton Arcade and that afternoon the building was mine alone. Standing in the rotunda, I stopped and listened. Somewhere a pigeon found its perch — then silence. I closed my eyes. I had seen the photographs, the black and white shots of the rotunda floor crammed with stalls – vendors selling fresh fruits and vegetables, bread, pies and warm pretzels. The shot of a proud proprietor of a thriving fish market. The rotunda festooned with Christmas decorations, bracing for a happy invasion of Santa-seeking kids.

Standing there, I imagined the soundtrack of this life. Friends talking and laughing. Music playing. And the familiar, welcoming smells mingling together to create a unique aroma that told you exactly where you were. I opened my eyes. Nothing. Vast potential? Sure enough. But signs of life? None. Just an eerie half-light through cloudy windows and the smell of a damp vault.

Fast forward. I was in the Arcade today, shooting video for our three-part documentary, Dayton Arcade: Waking the Giant. People were working everywhere drilling, welding and framing. In a bucket, 40 feet above the rotunda floor, two artists were painting intricate designs on the rotunda wall. Sunlight streamed through the dome’s 468 crystal clear glass plates. To see this transformation in mid-stride is nothing short of inspiring.

Dave Williams and Cross Street Partners are doing what some have called impossible and we are thrilled to have been there since before the work began. It was never going to be easy and recently it got harder. COVID-19 is an unwelcome guest with no plans to leave. Even when it is kicked out the door, it’s going to leave its mark. It is already changing how we work and how we play. For the Arcade, the initial impact is a disruption in the supply chain. Example: Elevators that should be here are not. It is far from ideal, but it can be managed. The bigger question is the economy. When this project started the economy was humming. Now it is out of breath. It is a tough thing when you climb to the mountaintop only to find another in your path.

When the Arcade was built around the turn of the 20th century, there was a pervasive, distinctly American belief that all things were possible. Dreamers, leaders and ordinary people believed, ‘This is our time.’ It can be again. It’s a matter of believing in ourselves and our community. And embracing a space that is truly our own.”

Explore the first part of the Arcade’s new story with ThinkTV and CET when we air The Dayton Arcade: Waking the Giant in November followed by parts two and three in 2021. Learn more online at https://thinktv.org/dayton-arcade/.