PBS’ Summer of Space Goes into Overdrive in July 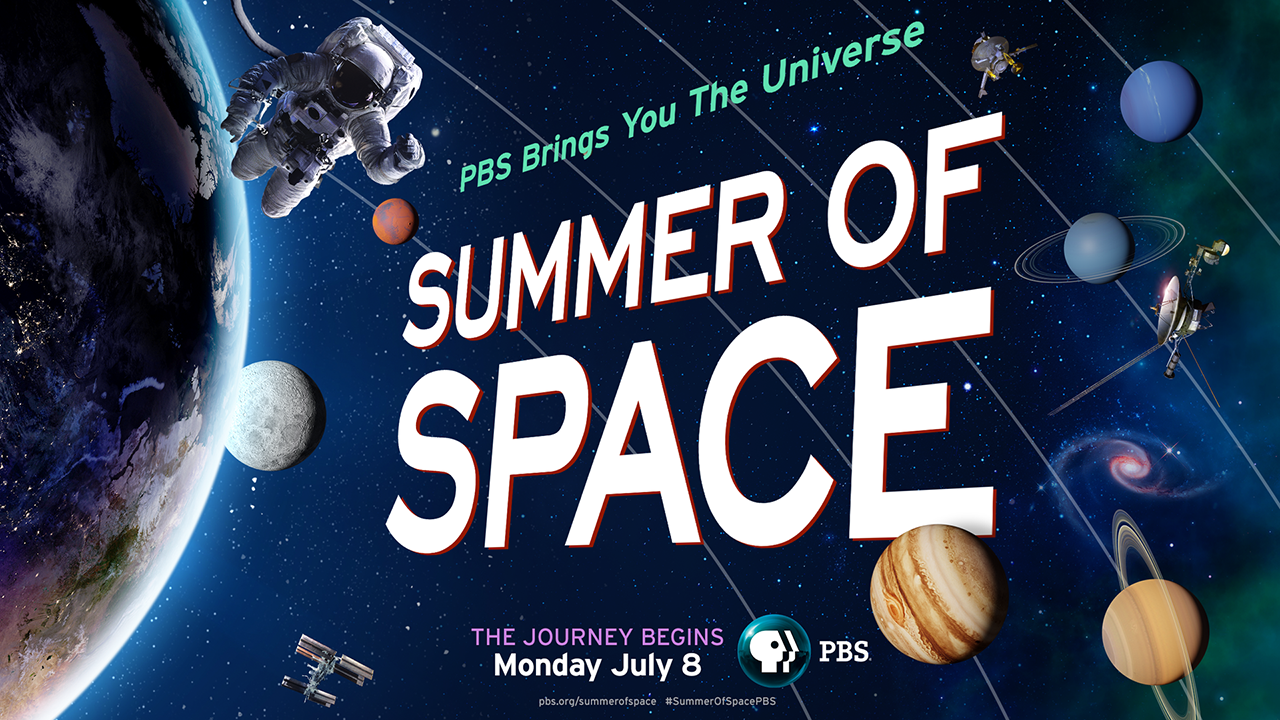 PBS’ Summer of Space is almost here! This exciting showcase includes new programs like Chasing the Moon, 8 Days: To the Moon and Back, specials from NOVA and encores of space-themed shows like A Year in Space, Apollo’s Daring  Mission, American Experience: Space Men and more. There will also be a variety of space-themed PBS Kids shows, including Ready Jet Go!: One Small Step on June 17. Here are the shows to look forward to and times for when to set the DVR.

“Our Summer of Space programming lineup invites PBS viewers to visit the farthest reaches of the universe, blending past and present to celebrate both the 50th anniversary of the moon landing and the latest advances in space exploration,” said Perry Simon, Chief Programming Executive and General Manager of General Audience Programming at PBS in a press release. “This exceptional collection of special programs will give viewers a historical understanding of the Apollo 11 moon landing … as well as exploring the distant planets and deep mysteries of space that are well beyond human grasp…”

Here are a few of the highlights:

Black holes are the most enigmatic and exotic objects in the universe. They’re also the most powerful, with gravity so strong it can trap light. And they’re destructive, swallowing entire planets, even giant stars. Anything that falls into them vanishes…gone forever. Join astrophysicist Janna Levin on a mind-blowing voyage to the frontiers of black hole science.

Experience the thrilling era of the space race, from its earliest days to the 1969 moonlanding. A fascinating mix of scientific innovation, political calculation, media spectacle and personal drama, the series brings the Space Age to vivid life.

8 Days: To the Moon and Back

Among the stars in the night sky wander the eight-plus worlds of our own solar system — each home to truly awe-inspiring sights – volcanoes three times higher than Everest, geysers erupting with icy plumes, cyclones larger than Earth lasting hundreds of years. Each of our celestial neighbors has a distinct personality and a unique story. Find the date and times for new episodes below.

The Farthest Voyager in Space

With participation from more than 20 of the original and current mission scientists, engineers and team members, The Farthest Voyager in Space tells captivating tales of one of humanity’s greatest achievements in exploration.