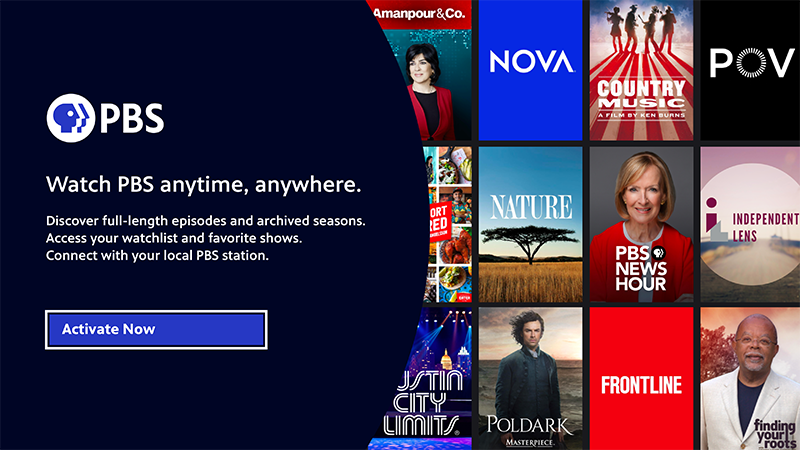 Each month our Chief Programming Officer Jim Wiener takes a selection of our viewers’ questions to share with you. Some of the questions might be ones you’ve had yourself. Others tackle programming decisions. A few are there for the laughs. You can find this month’s installment below:

When will the remaining episodes of The Hour be broadcast?
– Timothy O., White Oak

What happened to the show The Hour? I thought that the second season would have continued after the first episode aired on 8/6. Will the show continue?
– Robert S., Edgewood, KY

The Hour is a mystery series set in a television news operation in 1950s London. It is syndicated for CET 48. The last four episodes of The Hour will air September 24 through October 15. Between the August pledge drive and PBS continuing to feed Broadchurch episodes through that drive, and our having to run them two at a time many weeks just to keep pace, The Hour kept getting pushed back. But the 12-part series will wind down on those dates.

The shows you cite are below, but understand two things, assuming you’re talking about the station livestream:

So here’s your list of your programs, and when they air or aired…

Lost Home Movies of Nazi Germany – This two-parter airs 9/15–22 at 9pm. Syndicated on CET only.

I’m disappointed to see that PBS NewsHour Weekend is no longer included in your schedule. I hope you will bring it back in the near future.
– Stuart P., Wyoming

The newscasts were still included, just next door. Our August Membership Drive ran 8/13- 8/21. Each Saturday and Sunday within that drive, PBS NewsHour Weekend (they modified their title a few months back) was moved to 16.2. That’s been the case for a few years.

The Weekend newscasts will return to their customary channels 48.1 and 16.1 when the regular schedule airs. But when we’re in Auction on 9/10, or the next membership drive in late November – early December, look for the news on 48.2 in the Cincinnati area and 16.2 in the Dayton area.

I’m looking for a program CET put on about 10 years ago. It was probably the 2010-2011 school year. I was a member of the May Festival Youth Chorus, and we were featured in a couple specials that year with other area high school choirs.

Both the specials used to be available online, but I haven’t been able to find them recently. If they’re still around, I’d be interested in getting a DVD copy of them if that’s possible.
– Joe N., North Avondale

However, Contemporary Song has continued to air on CET Arts channel (48.3 over the air or Spectrum 988). And its next plays are below…

I’m generally pleased with ThinkTV since I’ve become a member. I’d like you to know that the money for my membership was a real hardship for me. Unlike most of your members, I am poor. My only income comes from SSDI disability, I’m on Food Stamps, and I do not drive or own a car. Since I don’t work, I have a lot of free time when I choose to watch your excellent programming. I also have time to write this letter.

My first concern is my inability to find shows I read about in your program guide. Since I’m learning and memory impaired, it’s entirely possible the fault is my own. If so, could you point me to a source for how to use “Passport” and other member benefits? Also I’m a member of a Quaker Church, and a high percentage have PhDs. I understand I’m allowed to forward specific shows to friends who would enjoy watching your excellent documentaries. I am concerned about copyright, do I need to designate specific persons as part of my membership? FYI, many Quakers don’t even own a television set. In fact, neither do I, but I can use my computer and large-screen monitor to watch a program.

Specifically, my boyfriend, Andrew and I hoped to watch the show The Third Manwhich aired last night. We attempted to find it, but neither entering the show’s title or clicking on found links worked.  Andrew believed the problem was that the show was airing in the Dayton area, while we live in Cincinnati.  Is he correct? Shouldn’t we be able to watch any show with Passport? Please enlighten me/us.

My second concern was when listening to the Ninety-second Naturalist on WVXU, that your ‘ad’ would pop up every 90 seconds between shows. As your audience is both educated and intelligent, this annoying and repetitive ad shouldn’t be repeated so often.
– Jennifer W., Cincinnati

First and foremost, thank you for your membership. We tell viewers that the level of membership should be what’s within anyone’s entertainment budget. For someone in your position, it’s nice to have so many of our channels available to you at a price you can actually set yourself. But we understand if someone can’t afford a membership.

Our program guide shows primetime listings for our three primary channels: CET 48.1 and Think 14.1 in Cincinnati, and Think 16.1 in Dayton. We also have 10 digital sub-channels (such as 48.2’s Create Channel or the PBS Kids channels on 14.2 or 16.5), sadly, there’s just not enough space in the member guide for those. Instead, you can find them on our web pages at www@thinktv.org or www@cetconnect.org.

Some of our viewers receive all 13 of our channels, some only a few, others maybe just one, it all depends on your location, and if you receive us over the air, or via cable or satellite, or if you stream us via the PBS app. The program guide is relevant depending on which of our three primary channels you receive.

As you may know, PBS Passport is a member benefit. Anyone who contributes $60 or more a year qualifies for access. To become a Passport member you can visit us online at https://watch.cetconnect.org/passport/learn-more/ or call 844-285-9783. If you are already donating at that level, our member services can help.

Keep in mind, like any streaming service, Passport is a member-only service and is NOT transferable. Finally, understand that Passport archives PBS programs and many “how-to’s” from APT (American Public Television). But it does NOT archive everything you see on our air, specifically programs from other distributors or most syndicated programs. Our movies on Think 14, like The Third Man, or Rebel Without a Cause, A Mighty Wind or Giant won’t be available on Passport.

As for the 90 Second Naturalist, that is on WVXU radio weekdays at 9pm. While their station occupies our second floor, and we have a good relationship with them, their content and underwriters are entirely their own.