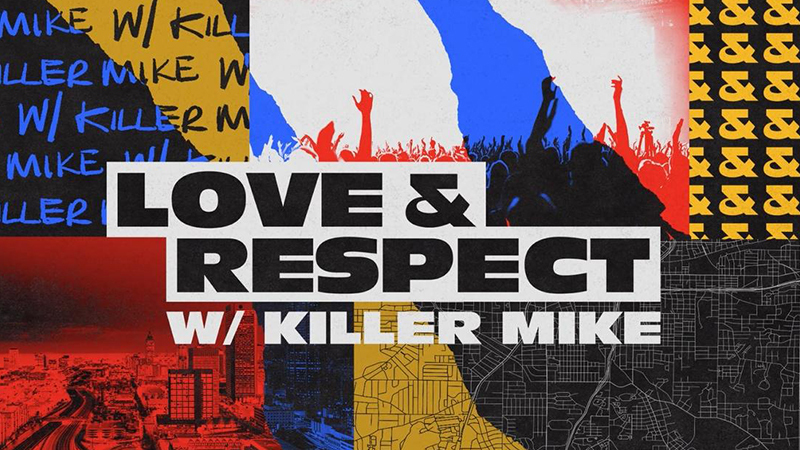 From repeats of great shows like Mine Wars from American Experience and When Comedy Went to School to new programs like Independent Lens: Hazing and Facing Suicide, here are the Sleeper Picks for September 2022 from Chief Programming Officer Jim Wiener.

Mine Wars: American Experience
Friday, September 2, at 9pm on CET

For Labor Day weekend, remember the bitter battle to unionize coal miners well over a century ago. It was America’s largest armed insurrection since the Civil War and part of West Virginia turned into a bloody war zone. John Sayles made a standout movie about this struggle called Matewan (breakthrough roles for Chris Cooper and David Straithairn).

School for many comedians in the ‘40s, 50s and ‘60s were the Catskill Resorts in upstate New York. Largely Jewish crowds escaped to the bucolic hills to escape the summer heat of NYC, and were entertained by the likes of Jackie Mason, Jerry Lewis, Dick Gregory, Mort Sahl, Sid Caesar and Jerry Stiller. Robert Klein narrates. And the producer who brought us ALL IN THE FAMILY, MAUDE, THE JEFFERSONS and more, Norman Lear, turned 100 about five weeks ago. Back in the ‘70s and ‘80s, audiences anticipated September with the return of Archie Bunker, and any new series from the legendary producer/screenwriter.

You remember the moment in history. President George Bush (43, not 41) was talking to schoolchildren when a Secret Service agent whispered to him that the World Trade Center was attacked. And we saw a look on the President’s face that we knew the news was not good.

This is a documentary about the children who were there and initially wondered why the President had to leave quickly. They’re all now in their mid-20s, and still trying find their footing, as we all are, in a country and world shaped by 9/11.

From filmmaker Byron Hunt (Soul Food Junkies, Hip Hop: Beyond Beats & Rhymes) comes this personal journey to understand the underground rituals of hazing, revealing the abuse and the length both college students and those in the armed forces to through to fit in with their group.

Facing Suicide
Tuesday, September 13, at 9pm on CET and ThinkTV16

There are occasional documentaries we air that don’t get a big audience (after a day of work, we want to be entertained), and yet are vitally important to a smaller audience, namely people who have a friend or family member who they’ve lost. Explore the powerful stories of those impacted by suicide, one of America’s most urgent health crises. We go to the front lines of research with scientists whose work is leading to better prevention and treatment.

Write Around the World with Richard E. Grant
Wednesdays, September 14, 21 and 28, at 9pm on ThinkTV14

You’ve seen these before. Actors get coaxed into a project because it provides them with a junket. Martin Clunes of Doc Martin fame has done this several times, including his travels through Micronesia that follow this series. Grant is a well-known actor (Gosford Park, Melissa McCarthy’s friend in Can You Ever Forgive Me?) who gets to visit countries that inspired great writers. In turn, the area prospers from the tourism that came out of these books. So we see how Italy inspired Charles Dickens (PICTURES OF ITALY), Patricia Highsmith (THE TALENTED MR. RIPLEY) and Elizabeth Gilbert (EAT, PRAY, LOVE). You get the idea. And episodes two and three have him touring southern France and Spain. Yes, it can be grueling work as he sips an espresso while reading the New York Times on his tablet while the crew sets up and adjusts the lighting. But it’s a paycheck.

The last replay of a popular mini-series that is part DOC MARTIN, part BALLYKISSANGEL. An Indian doctor and his wife come to Britain in hopes of his landing a plum practice in London, and she can enjoy all the big city culture. Alas, he is assigned to fill in for a deceased doctor in a small Welsh mining town. His wife is not amused, and he’s caught up in a mystery of sorts surrounding a general health problem among the locals. They’re fish out of water in this locale, but she adapts and he begins sleuthing.

American Masters “Rita Moreno: Just A Girl Who Decided to Go For It”
Sunday, September 18, at 3pm on CET

It’s Hispanic Heritage month and we’ll have plenty of pertinent programs. Born and raised in Puerto Rico, Rita Moreno came with her mother to America at the age of 5. She eventually broke into show business and had to endure the typecasting (the “exotic,” the “Latin Spitfire”) and the Hollywood casting couch days. She is not one to keep mum about the trials. But she emerged triumphant as one of those rare EGOT winners (Emmy, Grammy, Oscar and a Tony).

Secret Science of Sewage
Wednesday, September 21, at 10pm on ThinkTV16

Okay, the class field trip to a sewage plant was met by “yucks” from half the students, and “cool” from the other half. Fortunately, the new era of smart TVs still doesn’t provide us with “Smell-O-Vision,” so that problem is avoided here. You may be familiar with Dr. Zoe Laughlin from her How to Make… series seen on CET. Here she joins with Dr. George McGavin to explore the UK’s biggest sewage works. They process one billion liters (264+ million gallons) of waste water flushed to them by 1.7 million people each day.

Teresa has a past. She is a successful and inspiring teacher at a private academy in 1920s Seville. But she lived in Lisbon, where she knew something about the mysterious murder of the Spanish ambassador to Portugal.

In the last store in a near-dead shopping mall, 91-year-old Sonia Warshawski, a great grandmother and Holocaust survivor, runs the tailor shop she’s run for 30 years. This is both a poignant end-of-the-line story and a slice of inspiration for a genuine survivor who provides some serious truth-telling to her fans – a few local high school girls. We’re also running a marathon of The U.S. and the Holocaust from 11am to 5:45pm on ThinkTV16. Big Sonia at 7pm may be just the right postscript for it.

For Hispanic Heritage month, enjoy the profile of maybe the most exciting right fielder ever.

Clemente was the consummate line drive hitter and fielder with a rocket arm. He resembled Muhammad Ali in the sense that many fans had it all wrong about them. They disliked Ali because he talked with the braggadocio of a wrestling heel, and they disliked Clemente because he was somewhat aloof. But later in their careers, they were both beloved because fans learned the two were great humanitarians. Clemente even died in a plane crash delivering food and medical supplies to earthquake victims in Nicaragua.

During World War II, a race riot broke out in Los Angeles between whites and Mexican youth, known as “zoot suiters” for their flashy suits with wide lapels. Police arrested some 600 Mexican Americans, and 17 went to trial and were convicted despite flimsy evidence. Despite denials from city officials, a citizens’ committee concluded that the riots were fueled by racial prejudice, sensational news accounts and discriminatory police practices.

At age 14, every child attending school in Germany is brought face to face with their nation’s past, confronting the reality of the Holocaust. For some, it’s the first time they ever heard of it. This follows four children as they get their education in Germany’s public school system. That’s a stark contrast to some school districts in America where certain subjects are considered taboo because — heavens to Betsy — it might upset the students!