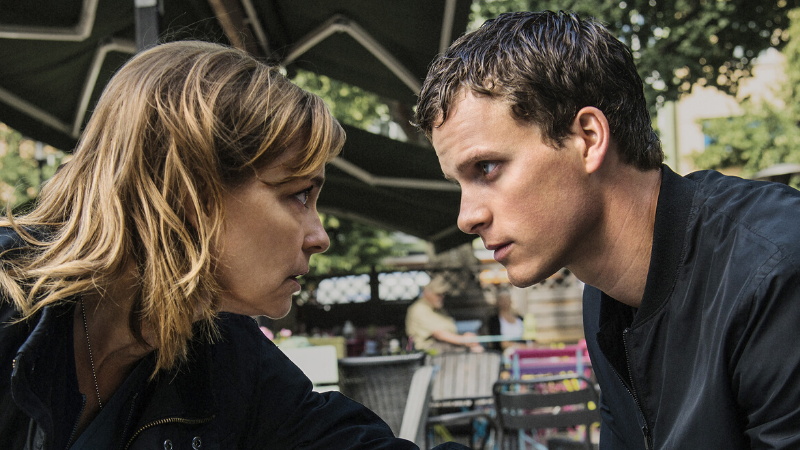 Our Chief Programming Officer, Jim Wiener, has his DVR set for these sleeper picks this summer. These are some of the ones you won’t want to miss out on!

If you think Queen Elizabeth can’t sleep at nights over the royal rhubarb with her grandson and Ms. Markle, it may pale in comparison to headaches she endured from her sister, Margaret.

The crown may have made Elizabeth dowdy at an earlier age, but Margaret wasn’t about to go that route. She would have been right at home jet-setting with the likes of Austin Powers. In fashion, friends, recreation and temperament, She was—YEA, BABY!!– the ‘60’s incarnate. Stateside, Margaret may have taken a backseat in the tabloids to Elizabeth Taylor and Jackie Kennedy Onassis, but she was top of the pops in gossip in the London scandal sheets.

Actor Dyllon Burnside tours south of the Mason-Dixon Line to profile members of the LGBTQ community who are finding ways to live authentically and with pride in the modern south. Originally titled LOUD, this changed its name to Prideland, which sounds more like a line of smoked meat products found in Speedway and Quiktrips.

Escape to the Chateau
Saturdays, Starts June 13, at 8pm on ThinkTV16

This became the Sleeper Hit of 2019. Our contribution to the reality TV genre has a British couple buying a French chateau that’s a wee bit of a “fixer upper” (no electricity, no plumbing). Angel has the artisti visions, and Dick is her Mister Fixit who turns those visions into reality, or at least something within reasonable limits.

So, we’ll reprise the 20 episodes we bought of this syndicated series, and by the time we reach the end this fall, we hope to have new episodes to continue the saga. y the fall!

Frank Hathaway is an ex-cop, a failing private detective, and a slob with a mug to match. Lu Shakespeare is a rare customer who hires him to tail her philandering husband. And when he turns up and she’s the #1 suspect, Frank has to find the real killer. They join forces, to solve crimes in bucolic Stratford-Upon-Avon (oooh, get it?) and argue at every turn along the way. This comedy/mystery has true sleeper potential.

The cops in Antwerp Homicide grit their teeth when Criminology Professor Jasper Teerlinck ruffles their feathers and then one-ups them in the clue solving department. You’ve seen foreign-made mysteries with subtitles, but how many had characters speaking Flemish?

You and your spouse go visit the grandmother, and when you go to hang up your coats in the closet, you discover it’s no longer for coats. Its floor-to-ceiling shelves house DVD’s, 80% of them bought for $5 each from the Walmart bins. “Yea, I gotta getta around to watching those,” mutters grandma.

But video hoarding can’t match activist Marion Stokes. She secretly recorded American television 24 hours a day. Literally. From 1975 to 2012. Her 70,000 VHS tapes are a comprehensive archive of the media and reveal how television has shaped our world.

Join Emily Graslie as she hits the summer backroads in Dinosaur Country. It’s billions of years of Earth’s history and we meet earliest lifeforms all the way up to T.Rex. Emily discovers surprising truths written in the fossil record, and shows how scientists studying the past reveal clues about its future.

Long before Bernie Sanders became the only Socialist Americans knew by name, there was one city that — over the span of 50 years — elected one Congressman and three Mayors, all Socialists. Who would have thought that city would be America’s beer capital, Milwaukee, Wisconsin?

Still, their tenure ended when their once-radical plans were incorporated into the mainstream Democratic platform. Today, both Democrats and Republican lay claim to parts of their legacy.

Divided We Fall: Unity Without Tragedy
Tuesday, June 30, at 11pm on ThinkTV16

This brings ordinary citizens together to wrestle with complex issues. But participants, who both strongly approve or disapprove of President Trump, have to check their preconceived notions at the door. Their mission is to figure out a more perfect union, and what can be done to bridge the gaps between them.

God help us if this includes squirrels on water skis, but this concerns the motivations of animals to perform coordinated moves. Those leaps, wiggles and twirls may signal a longing for romance, or finding a meal, or escaping a predator. So, this is immense fun for all ages, but does teach us the significance of the steps.

Before We Die
Sundays, July 5 through September 6, at 11pm on ThinkTV16

Station members signed up for Passport may have already seen this as bonus content on the streaming channel. Passport also serves as the Triple-A minor leagues where series are tried out, and if popular, get moved up to the big leagues of PBS.

This is another Walter’s Choice mystery, so it’s Scandinavian, contemporary, dark, edgy with very earnest detectives with sunken cheeks and only trace elements of a sense of humor.

Here, detective Hanna Svensson has to step in to handle an organized crime informant when the previous handler (her lover) disappears.

The Brits love to title documentaries with “The Secret Life…” Nothing lurid like a sheep in garter belt (Woody Allen’s Everything You Wanted To Know About Sex) or jaw dropping like Gary Larson’s classic 3 panel cartoon of cows standing in a field when one yells “Car!” and they get on all fours while a family sedan passes, and then with the car long gone, they resume standing.

This three-parter goes by seasons, and includes a lovesick goose, an empathetic ram, a sheep that wants to be a cow, a rabbit with an identity crisis and llamas that protect the sheep.

The Radical Monarchs are young girls of color in Oakland, CA, and they could best be described as Girl Scouts with a Yellow Springs sensibility…. times ten. They earn merit badges for disability justice, preserving the environment, or being an LGBTQ ally. The Fashion, Fitness and Makeup Badge is not a biggie, to say nothing of mastering sheep shanks.

Seats at the Table

Those inspired by College Behind Bars will enjoy this meeting of minds over literature. University of Virginia students meet with inmates at a maximum-security juvenile detention center to plumb the depths of heavyweight classics like Dostoevsky’s Crime and Punishment. There’s no academics talking down to the downtrodden. Everybody has a seat at the table with their opinions and perceptions and any notion that anyone’s teaching the others is quickly left by the wayside.