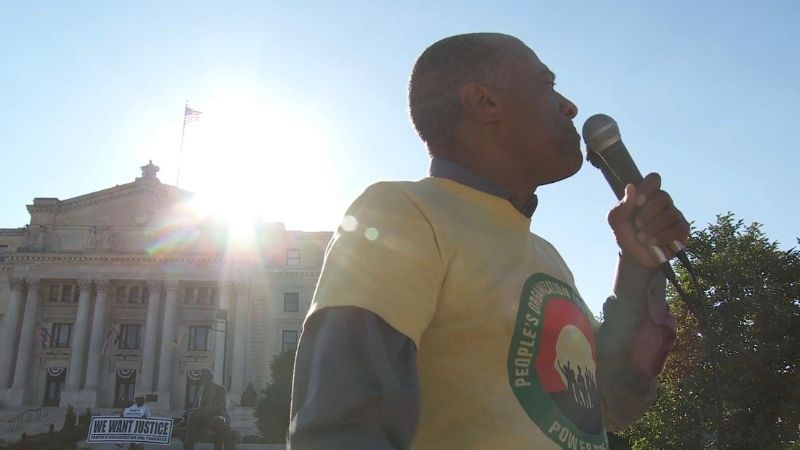 Wondering what shows are coming out soon that may fly under the radar? Check out this Sleeper Picks blog from our Chief Programming Officer Jim Wiener and set those DVRs (or add them to your Watch Lists on the PBS Video App!)

Long Story Short is a locally-produced series from independent filmmakers from Cincy Stories. Each half-hour has two to three profiles of people from all walks of life in and around the Cincinnati area, with occasional forays up towards Dayton. Episodes may have a theme of loss, redemption or just stories that capture a particular neighborhood.

At its best, it might seem like a mashup of This American Life as if Tom Waits produced it. Sometimes a little edgy, sometimes a touch of melancholy, but also endearing. It’s not the beautiful people, but real people making the best of their situation. It’s just rare to see something local that truly gets down to street level and doesn’t resort to puff pieces in our backyard. And it’s a work in progress that we can all watch grow and hopefully become a regional mainstay. So watch it and send us feedback.

Critical Care: America vs. The World, A PBS NewsHour Special
Wednesday, April 21, at 10pm on ThinkTV16 and CET

America vs. the World sounds like a contrived sporting match like the American basketball players taking on the best from everywhere else. It also sounds like a Consumer Reports article where you’re interested in seeing how the car you just bought stacks up against others in its class.

We already know that American workers get a lot less time off for vacation or maternity leave than so many European countries. So how do we stand on hospitals and taking care of those in a more critical condition?

I’m guessing that we do very well in medical technology and healing those with more exotic maladies, but as your grandmother might say, the prices are dear. For everything. If this was analogous to car care, we could get you in and out for that oil change, but it just cost you $3,500.

Will American exceptionalism take another blow to the midsection? The NEWSHOUR team goes in search of a prognosis via comparison shopping.

The good news is that the ship has relatively smooth sailing.

The bad news is that the ship has smooth sailing at a time when it should encounter much more ice to plow through.

The team studies the water chemistry, microbiology, birds, mammals and physical oceanography of the Canadian Arctic Archipelago, and finds a dramatically-changing landscape.

Spurred on by the death of her husband, the Peabody-award-winning radio journalist Diane Rehm talks of her work on medical aid in dying. She speaks with many on all sides of the issue, uncovering the pros and cons of this controversial practice now legal in nine states and the District of Columbia.

This is an eye-opening documentary that is sure to provoke strong reactions and hopefully thoughtful conversations.

Scotland’s Scenic Railways
Wednesdays, April 28 through May 12, at 8pm on ThinkTV14

The first episode follows in Harry Potter’s footsteps as the Jacobite steam train motors across the Glenfinnan Viaduct. There’s always the country’s original “bullet train” — the Flying Scotsman – and the Oban line (it has to run near the Oban distillery, right? Or at least I’m hoping…), and who can resist the Firth of Clyde?

Two things to know about rail travel in Scotland: You don’t have to wait for the trees to go by to get a good look at the countryside. And once outside the city limits, incredible scenery is ever present. At the very least, it ebbs and flows from simply beautiful to jaw-dropping vistas.

Remember before Google Maps when we had a Rand McNally road atlas. They used to highlight some highways as “scenic.” But I’m convinced they operated on a quota system, so every state had roughly 10% of its roads designated as such. We found this out driving up in northeast Ohio on a road leading up to Geneva on the Lake. “Oh, let’s take this route because it’s marked as scenic.” It turned into a big meh. I guess SOME highways had to get the honor, and this road apparently qualified. On the other hand, half the roads in New Mexico are scenic, but Rand McNally probably felt they could still only designate a limited number of highways.

Rail travel in Scotland? Well, some may not care for the absence of trees, but to me, 90% of the rail lines get the yellow highlighter.

Nazi War Machines: Secrets Uncovered
Thursdays, April 29 through May 20, at 8pm on CET

No relation to the PBS series NAZI MEGA WEAPONS. James Holland is the engaging host who looks at the German technology of the day that was technically brilliant, but militarily flawed. We get less grainy, black and white footage and more interviews with today’s experts who drill down into the good and bad that went into the creation of fighter planes, tanks, submarines and small arms.

Australian dramedy opens with the 25th anniversary of a couple who is relishing a new chapter in their lives. With the departure of the last grown child about to leave the house, they’ll be empty nesters! We’ve seen this before with the parents tearfully bidding their last daughter goodbye, wait until her car is out of sight, then run gleefully into the house with a tape measure to see if the third bedroom can accommodate a hot tub.

But just when Julie and Dave thought they were OUT, they get PULLED BACK IN!!! One of the fathers shows up, then misfortune prompts one of the kids to come back — “Oh, it will only be a month or two.” And next thing you know, insert series title here.

Fire in the Heartland: The Kent State Story
Tuesday, May 4, at 11pm on ThinkTV16

In Ohio, especially northeast Ohio, the date May 4th means something to people like December 7th or 9/11 to other Americans. The mere mention of a day in time triggers somber memories.

A few days of protest and a late night fire led to the National Guard’s arrival to restore order. That led to the shootings that killed four and wounded nine, all in the heart of Kent State’s campus. This documentary will give you the particulars of a story where so many on all sides did enough wrong to produce a day that saw American soldiers inflicting casualties in a place other than Vietnam.

Indian Doctor
Thursdays starting May 6 at 8pm on ThinkTV14

Since it’s not looking good for Acorn Media to release rights to American public stations to show new seasons of Doc Martin, we’ll run with a series along the same lines: a comedy about a doctor working in a small town of quirky inhabitants.

Dr. Prem Sharma and his wife Kamini arrive from India after being wooed by dreams of London’s riches and glamour. All that goes south as he is assigned to practice in a small Welsh mining town. Dr. Sharma is DOC MARTIN’s polar opposite. He’s perfectly willing to suffer fools gladly in order to fit in and make the best of it. But Kamini still has dreams of London glamour, and wants out. But they slowly fit in, and the new doctor has to figure out why the town’s residents are largely unhealthy.

This is a 15-part series, so enjoy it through the summer.

Pullman: America’s Hotel on Wheels
Wednesday, May 19, at 8pm on ThinkTV14

You may recognize the name Pullman in train travel as the maker of sleeping car berths. But I thought Pullman merely manufactured them for the rail lines. In fact, Pullman operated them as their own… cue the title… hotels on wheels.

George Pullman opened for business in 1859. By the dawn of the 20th century, he boasted of having some 25 million overnight guests in their Pullman cars each year. The factory workers lived in a planned community outside of Chicago named… Pullman. Their sleeping car porters were notable for their service, and to be one was virtually a status symbol among African Americans. They were unionized, and their organizer, A. Phillip Randolph was a powerful figure in the Labor movement.

The story of Rust Belt poverty with de-industrialization, racism and mass incarceration. Using Newark, NJ, as its microcosm, this explores solutions to inner city intergenerational poverty through the voices of scholars, economists, doctors and activist.

This is the third documentary in Marylou & Jerome Bongiorno’s 3R’s Trilogy on Urban America. The first two, Revolution ’67 and The Rule, both aired on public television.