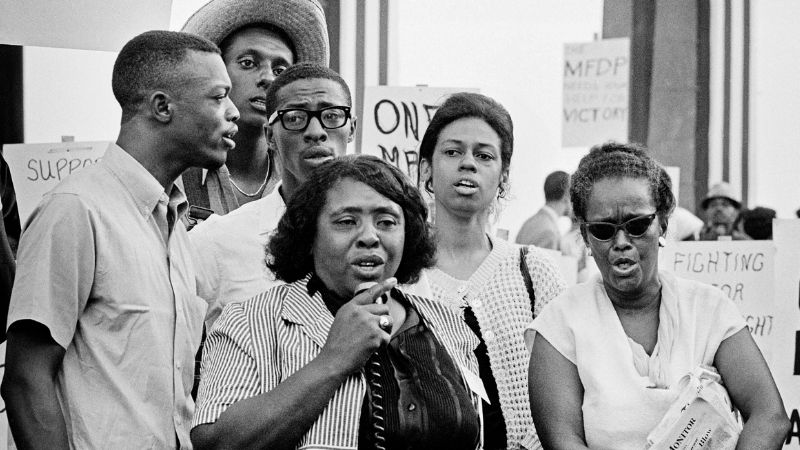 CET and ThinkTV, your local PBS stations, are showcasing important stories this month in honor of Black History Month! From national features on Marian Anderson and Fannie Lou Hamer to our local specials on housing inequality, check out a list of upcoming programs that will be available to watch on CET, ThinkTV16, the stations’ livestreams and on the PBS Video App:

Is the “American Dream” of home ownership a false promise? Postwar housing policy created the world’s largest middle class, but it set two divergent paths – one of perceived wealth and the other of systematically defunded, segregated communities.

Finding Your Roots: Fighters
Tuesday, February 8, at 8pm on CET and ThinkTV16

Henry Louis Gates, Jr. sits down with Terry Crews and Tony Danza, both guests who overcame adversity, to discover they aren’t the first in their families to beat the odds through sheer force of will.

American Masters: Marian Anderson – The Whole World in Her Hands
Tuesday, February 8, at 9pm on CET and ThinkTV16

This new documentary provides an intimate look at the life, career and legacy of the African-American contralto and civil rights pioneer through her own words taken from archival interview recordings. The Whole World in Her Hands shows how Anderson’s quiet genius and breathtaking voice set the stage for Black performers around the world.

Finding Your Roots: Forgotten Journeys
Tuesday, February 15, at 8pm on CET and ThinkTV16

Henry Louis Gates, Jr. helps John Leguizamo and Lena Waithe retrace the paths of their ancestors, uncovering crucial pieces of their own identities that were lost on the journey to America.

American Experience: The American Diplomat
Tuesday, February 15, at 9pm on CET and ThinkTV16

Take an extraordinary look at the civil rights era – the violence and resistance – through rare footage filmed more than 50-years ago in Natchez, Mississippi, and the still-unresolved killing of local NAACP leader Wharlest Jackson.

In this episode of Urban Consulate Presents, host Naimah Bilal explores how a new generation of Black city-builders and how they are rethinking development, from prioritizing affordable housing to expanding access to capital, to confronting the legacy of redlining and displacement. Learn more online at https://www.cetconnect.org/urbanconsulate/.

Finding Your Roots: Songs of the Past
Tuesday, February 22, at 8pm on CET and ThinkTV16

Henry Louis Gates, Jr. accompanies Broadway stars Leslie Odom, Jr. and Nathan Lane as they meet a cast of inspiring ancestors hidden in the branches of their family trees.

Produced in part by Fannie Lou Hamer’s great-niece, Monica Land, this film tells the audience about the life and legacy of Fannie Lou Hamer through Hamer’s public speeches, interviews, powerful songs and never-before-seen family photos and archival footage. Fannie Lou Hamer’s America is a unique portrait of the Mississippi-born sharecropper whose harrowing encounters with injustice propelled her into leadership in the fight for voting rights.

This locally-produced film tells the national and local story of redlining, a practice which embedded racial segregation and inequality into the development of American cities and suburbs. This one-hour documentary, produced by Richard Wonderling with Associate Producer Selena Burks-Rentschler, tells the story of local families who were impacted by redlining, and the lasting effects of this federal policy on our region. Learn more online at https://cetconnect.org/redlining/.

You can view all additional airings by visiting www.thinktv.org/schedule. In addition to these new broadcast programs, here are some additional programs coming to broadcast or that available to stream with the PBS Video App or online:

Muhammad Ali brings to life one of the best-known and most indelible figures of the 20th century, a three-time heavyweight boxing champion who captivated millions of fans throughout the world with his mesmerizing combination of speed, grace, and power in the ring, and charm. Ali insisted on being himself unconditionally and became a global icon and inspiration to people everywhere. Watch the four-part series with the PBS Video App or online anywhere anytime at https://video.thinktv.org/show/muhammad-ali/.

Follow the courageous journey of John Lewis, whose unwavering fight for justice spanned the past 50 years, from his youth in the segregated South, through his leadership within the Civil Rights movement, to his role as a powerful voice in Congress.

Discover the man behind the legend in this two-time Emmy-winning and Grammy-nominated Stanley Nelson film featuring never-before-seen footage, including studio outtakes from his recording sessions, rare photos and new interviews. Watch the special anytime anywhere with the PBS Video App or online at https://video.thinktv.org/video/miles-davis-birth-of-the-cool-rfotn2/.