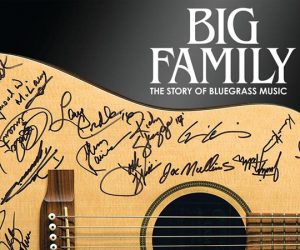 Examine the history of bluegrass music, from its origins to its eventual worldwide popularity, with the new documentary Big Family: The Story of Bluegrass Music. The film airs Friday, August 30, at 9pm on CET and at 10pm on ThinkTV16 as well as Tuesday, September 3, at 8pm on CET Arts. The film traces the genre’s history — outlining how Scots-Irish and African-American influences led […]