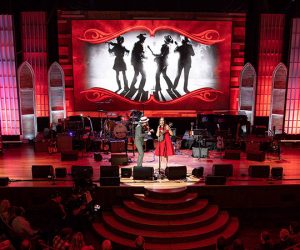 Country Music: Live at The Ryman, a concert featuring many of the artists who appear in the upcoming Ken Burns documentary Country Music, comes to CET and ThinkTV16 on Sunday, September 8, at 8pm. The concert, which was recorded at Nashville’s historic Ryman Auditorium on Wednesday, March 27, 2019, is hosted by Burns and features performances by Dierks Bentley, Rosanne Cash, Rodney Crowell, Rhiannon Giddens, […]