Masterpiece Explore the World of News with “Press” 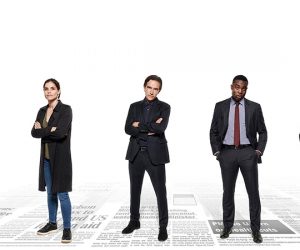 An ensemble cast of some of Britain’s hottest talent will portray the committed and passionate characters behind the daily news at two fictional, rival newspapers in Mike Bartlett’s drama series, Press, which premieres on Masterpiece on CET and ThinkTV16 Sunday, October 6, at 10pm. Set in the world of newspapers in London – its past riven by hacking scandals, its present at the mercy of […]