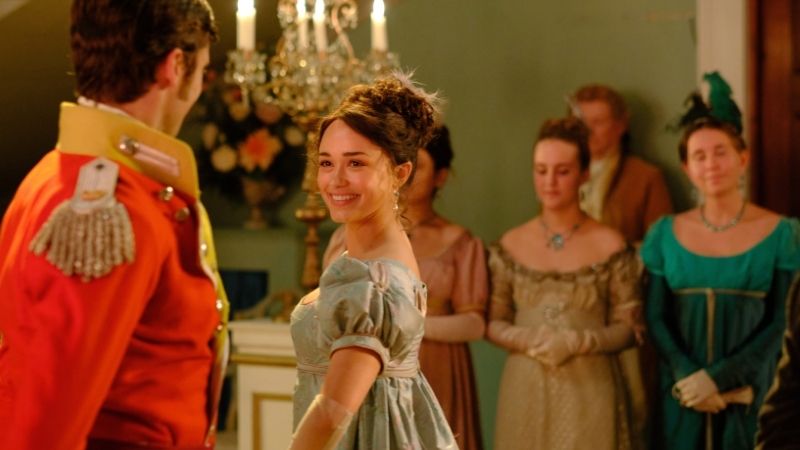 Before the premiere of Sanditon Season 2 next Sunday, we’ve put together a few notes about what you can expect – and how you can watch – the new season. Take a look:

Who is coming back?

Rose Williams (The Power) returns as the high-spirited heroine, Charlotte Heywood, with Crystal Clarke (Ordeal by Innocence) as the independent West Indian heiress, Georgiana Lambe. In addition to Williams and Clarke, the returning cast includes Anne Reid (Last Tango in Halifax) as Lady Denham, the demanding chief investor in a scheme to turn sleepy, coastal Sanditon into a fashionable holiday getaway; Kris Marshall (Death in Paradise) as Tom Parker, the visionary behind the venture; Kate Ashfield (A Confession) as Tom’s levelheaded wife, Mary; and Turlough Convery (Killing Eve) as Tom’s amiable and underrated brother, Arthur. Ceaselessly plotting for Lady Denham’s legacy are a duo of characters familiar from Season 1: Jack Fox (Riviera) plays Lady Denham’s dissipated nephew, Sir Edward Denham; and Lily Sacofsky (Dalgliesh) is Lady Denham’s niece, Clara Brereton. Also returning on a mission of her own is Charlotte Spencer (Cinderella), as Lady Esther Babington, another relative of the prestigious Lady Denham.

What new characters will be introduced?

What else do we know about Season 2?

Season 2 of Sanditon continues Jane Austen’s classic quandary of how independent-minded young women can make their way in patriarchal Regency-era England. Society insists that women need a husband and some women, such as Charlotte’s sister Alison, can’t wait to find one. But others, notably Charlotte and Georgiana, have mixed feelings about matrimony. Another Austen-ian theme is the allure of military men. During the Napoleonic Wars, young officers moved around the country with their troops, providing eligible women dashing dance partners, who were usually more romantically experienced than the local lads. Sanditon features just such an enticing encampment of potential husbands and heartbreakers. The series also provides social commentary and depicts how English ladies really did organize a sugar boycott to protest the evils of slavery connected to the sugar trade.

What do the producers of the series have to say about Season 2?

“We’re delighted to bring more Sanditon to such a passionate and devoted fan base. We worked with an amazing UK production team, Red Planet Pictures, to make a second and third season as well. Audiences can expect romance, humor, and plenty of drama in the upcoming episodes.” – MASTERPIECE Executive Producer Susanne Simpson.

“Justin Young and Andrew Davies’s sensational scripts are relevant, timely, and captivating. We can’t wait to share all the exciting new developments we have in store for our much-loved characters.” Sanditon co-executive producer Belinda Campbell of Red Planet Pictures.

Where can I watch the series?

Sanditon Season 2 has six episodes that begin on Sunday, March 20, at 9pm on CET, ThinkTV16, the stations’ livestreams and the PBS Video App. The six new episodes will premiere weekly through Sunday, April 24. While the series is not available to binge, new episodes will be made available one week early on Passport following each premiere.