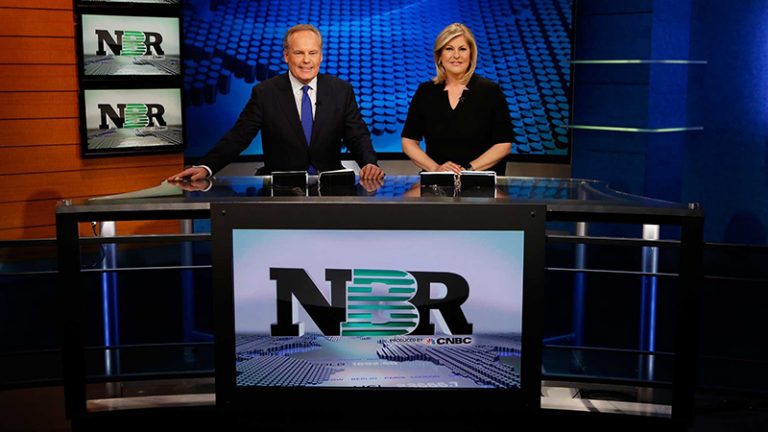 Flying under the radar this holiday season is the sad news that a long time series on public television will be closing its doors at the end of Christmas week.

The Nightly Business Report will see its last newscast on Friday, December 27, 2019. The show celebrated 40 years on the air this year. The weekday business newscast was managed by CNBC for the past six years, which announced six weeks ago that it could no longer continue providing the series.

Nightly Business Report was created in 1979 and produced through March 2013 under the direction of Linda O’Bryon at WPBT (the PBS station in Miami). Linda was the station’s news director and she and Paul Kangas served as the original co-anchors. For 34 years, the public television stations that carried the series paid for a portion of its costs. In the early 2000s, PBS provided partial funding and distribution for the series and, in 2013, CNBC bought the series and provided the financial and editorial support. Nightly Business Report has been recently anchored by Bill Griffeth and Sue Herera.

Nightly Business Report has had a significant footprint for us, airing in various dayparts on six of our channels. Starting Monday, December 30, ThinkTV16 viewers will see BBC World News In America weeknights at 7pm.

Starting January 2, 2020, CET will replace Nightly Business Report weeknights at 6:30pm with DW The Day. DW is Deutsche Welle, the English speaking German news service. Brent Goff is The Day’s main anchor. With BBC World News In America at 6pm and DW The Day at 6:30pm, Cincinnati viewers will have an hour of world news from a European perspective before PBS NewsHour with Judy Woodruff.

Will there be another daily business news series in the future? Of course time will tell, but the ability to retrieve so much business news via the internet may have made Nightly Business Report a business model better suited for an era now past.

We give thanks to all our viewers and local underwriters who supported this award winning business series over 40 years on public television.