World on Fire Premieres Sunday, April 5, on CET and ThinkTV16 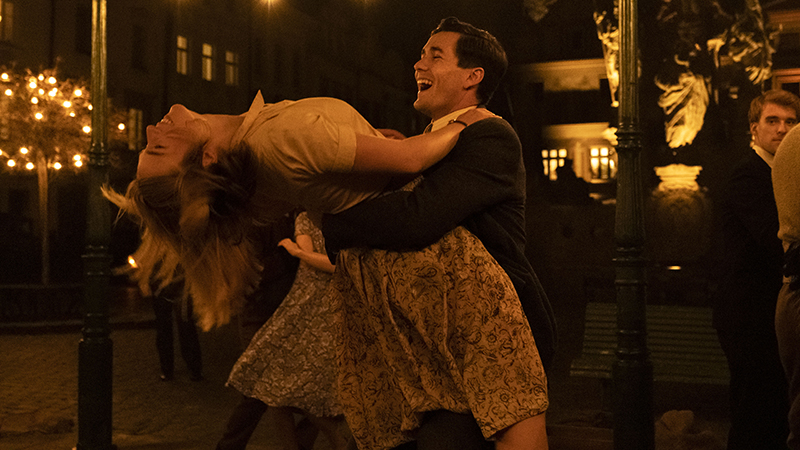 World on Fire, a show acclaimed by critics, is premiering on, CET and ThinkTV16 this Sunday, April 5, at 9pm. This new drama follows the lives of ordinary people coping with the greatest war in human history.

Set in five countries— on the frontlines and the home front — World on Fire traces the interweaved fates of several families in 1939 and 1940, from the Nazi invasion of Poland, to the near debacle at Dunkirk, to the fall of Paris and beyond.

In Manchester, England, Douglas Bennett (Sean Bean) is fighting a losing battle for pacifism as his country spirals into war. His lawbreaking son, Tom (Ewan Mitchell), is given the choice of prison or the military. His daughter, Lois (Julia Brown), is a factory worker and talented singer, involved in a romance with upper class translator Harry Chase (Jonah Hauer-King) — much to the dismay of Harry’s aloof mother, Robina (Lesley Manville).

Posted to the British embassy in Warsaw, Harry forgets Lois when he falls in love with local waitress Kasia Tomaszeski (Zofia Wichlacz), becoming close to her family, including her studious little brother, Jan (Eryk Biedunkiewicz). Harry also befriends Nancy Campbell (Helen Hunt), an American radio reporter trying to uncover the truth about the Nazi regime. She gives Harry a momentous piece of advice as Nazi troops converge on the city. Meanwhile, Nancy’s nephew Webster O’Connor (Brian J. Smith) is pursuing his career in Europe as it plunges into chaos.

All over Europe, no one can quite believe that their normal lives, their everyday pleasures and worries, are about to be demolished. World War II encompassed millions of people and millions of individuals’ stories. World on Fire makes this wholesale tragedy achingly personal and, at times, heroic.

World on Fire premieres next Sunday, April 5, at 9pm on CET and ThinkTV16, and will run on Sundays through May 17. Watch on-air, online, or with the PBS Video app!

Want to watch all the episodes at your own pace? Starting on April 5 at 9pm (the night of the premiere), binge the entire series with CET/ThinkTV Passport.